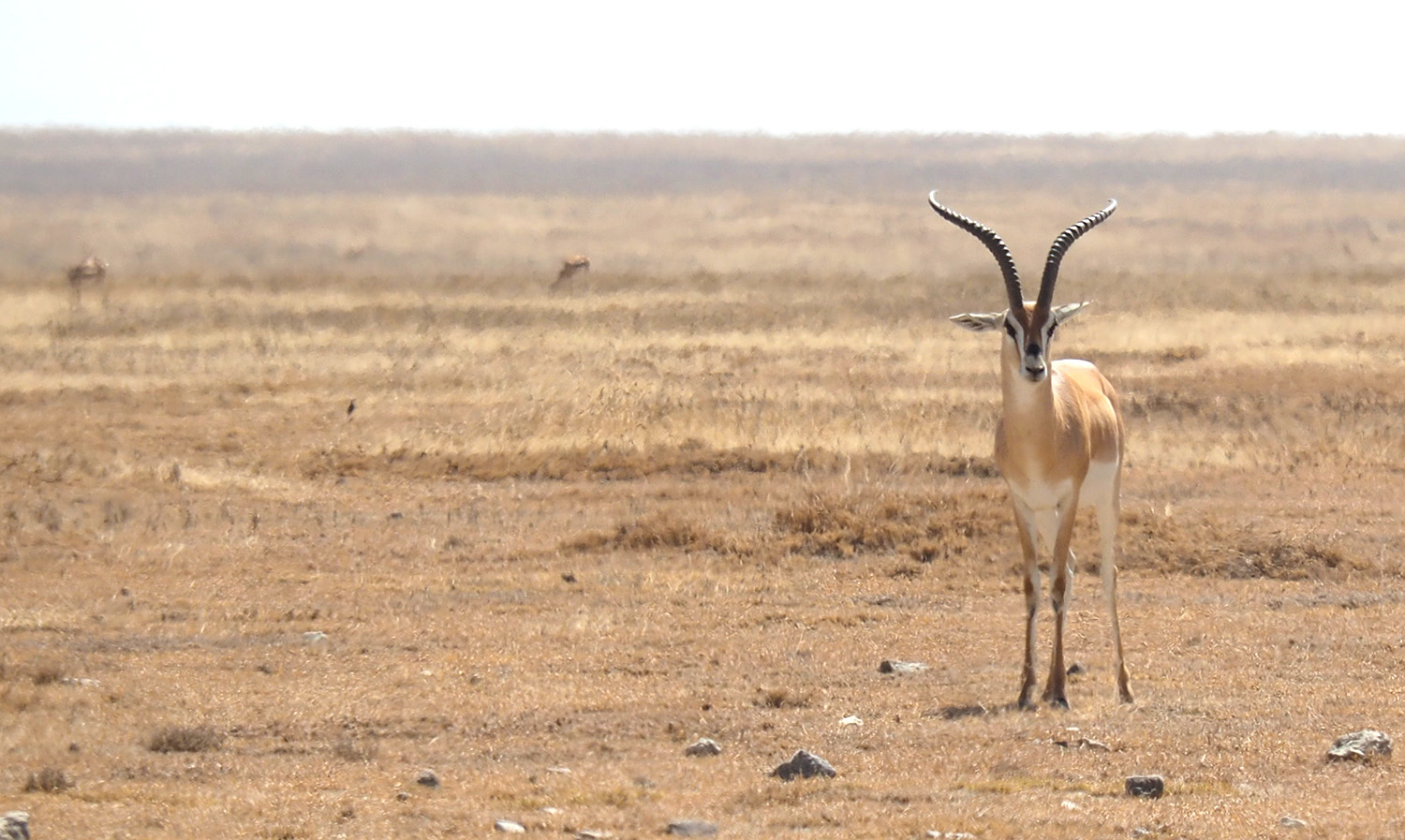 The Thomson’s gazelle is one of the species with most rapid decline in Kenya.

Kenya has lost almost 70 per cent of her wildlife in the last four decades, according to a study published on Tuesday. The study by the Directorate of Resource Surveys and Remote Sensing, the International Livestock Research Institute and the University of Nairobi show wildlife numbers to have declined on average by 68 per cent between 1977 and 2016.

The most extreme losses were recorded among the warthog, lesser kudu, Thomson’s gazelle, eland, oryx, topi, hartebeest, impala, Grevy’s zebra and waterbuck in Kenya’s rangelands. “The declines raise very grave concerns about the future of wildlife, the effectiveness of wildlife conservation policies, strategies and practices in Kenya,” say the authors in the journal Plos ONE.

The place of this animals in the rangelands has been taken by livestock with the highest increase being in sheep and goats at 76.3 per cent, camels at13.1 per cent and donkeys at 6.7 per cent. However the number of cattle in the rangelands is indicated to have declined by almost a quarter during the same period. “Most of Kenya’s wildlife loss, almost 30, per cent occurred in Narok County alone,” says the study led by Dr Joseph Ogutu of the livestock institute.

In 2010 Dr Ogutu had carried out a similar study which had indicated the crashing of big mammals in the Maasai Mara by more than 60 per cent between 1970 and 2005. The study had raised an outrage from Maasai Mara conservation groups who saw this as an effort to undermine their work. Dr Ogutu had successfully defended his study and now brings more evidence that conservation efforts in Kenya have failed. The new study also included researchers from the University of Hohenheim, Germany, Kenya Market Trust and the Northern Rangelands Trust of Isiolo. “Our results show that the declines reported by the earlier analyses have worsened such that populations of several species are now severely threatened in Kenya.”

It was only in Taita Taveta and Laikipia where there was a substantial increase of wildlife and marginally in Garissa and Wajir counties during the study period. The team blamed the wildlife declines on high human population growth, increasing livestock numbers, declining rainfall and a rise in temperatures.

The study which involved a total of 361 aerial surveys was conducted between 1977 and 2016 and concludes the biggest set back being immense policy, institutional and market failures. The study closely links huge infrastructural developments, urban expansion, exploration and mining activities and irrigation schemes to the loss of wildlife.

Among a host of policy changes suggested by the scientists include the regulation of livestock stocking levels in conservancies and ranches.

Other articles on the same theme