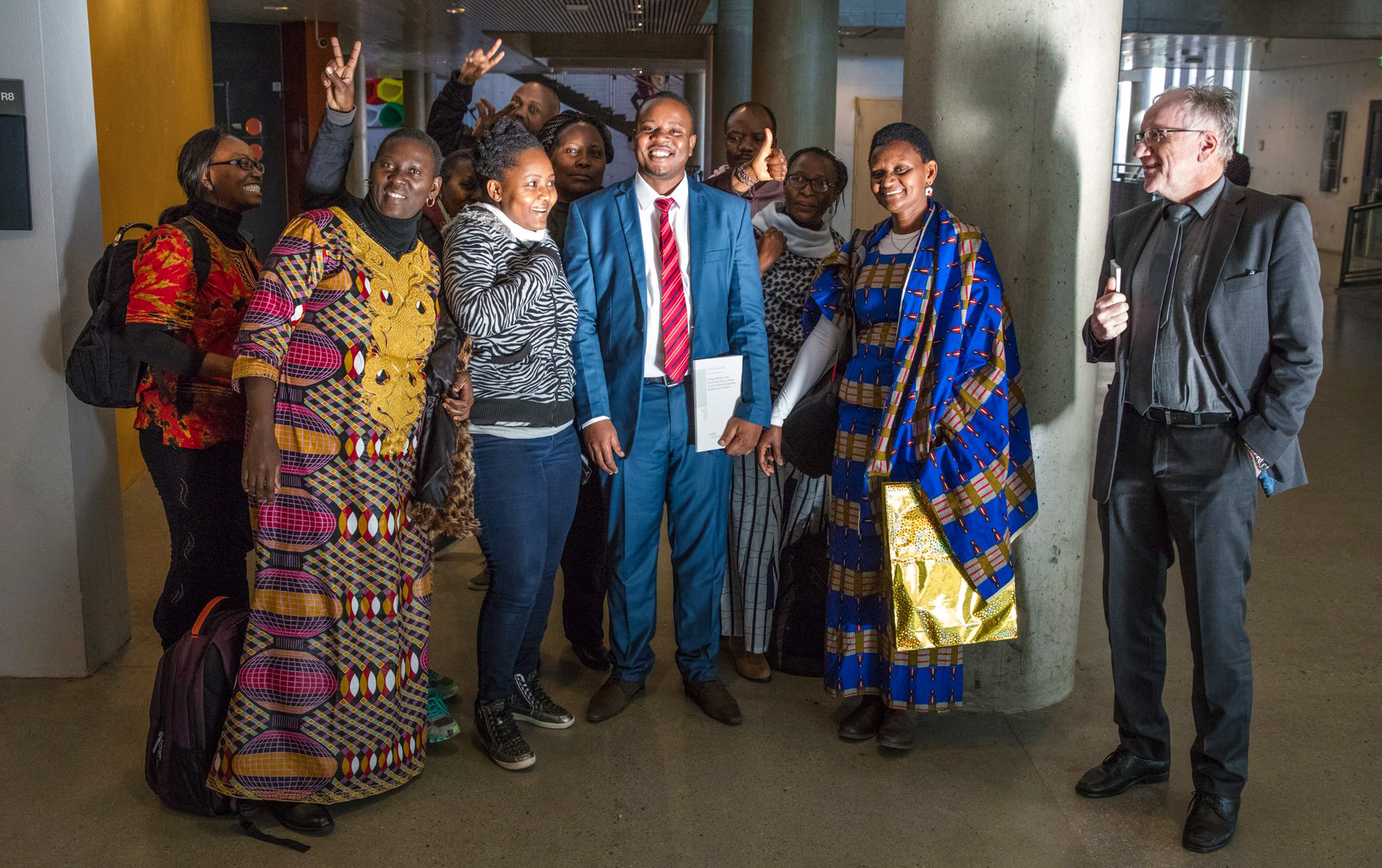 On Friday October 7th 2016, the first PhD of the AfricanBioServices project was completed at NTNU. The PhD candidate was Wilfred Njama Marealle from TAWIRI who was registered as a PhD candidate at NTNU. The title of Marealle’s PhD dissertation was “Ecology, Behaviour and Conservation Status of Masai Giraffe (Giraffa camelopardalis tippelskirchi) in Tanzania”.

The committee to judge his dissertation contained Prof. Elissa Cameron (University of Tasmania), Prof. Stein Moe (Norwegian University of Life Sciences), and Associate Prof. Vidar Grøtan at NTNU. At NTNU, a PhD dissertation has to be defended by the candidate in public. Around 40 persons witnessed the successful defence. AfricanBioServices indirectly sponsored Marealle’s final year, as NTNU used some of its overhead money to support his scholarship.

PhD on the Masai giraffe

The focus of Marealle’s thesis was on the behaviour, ecology and conservation of Masai giraffe (Giraffa camelopardalis tippelskirchi) in Tanzania. Giraffes are the most elegant, conspicuous and tallest animals of the African savannah. The major result of his study was that the sex ratio at birth was skewed in favour of female offspring because of illegal hunting and other disturbances, primarily in areas with a high risk of illegal activities. 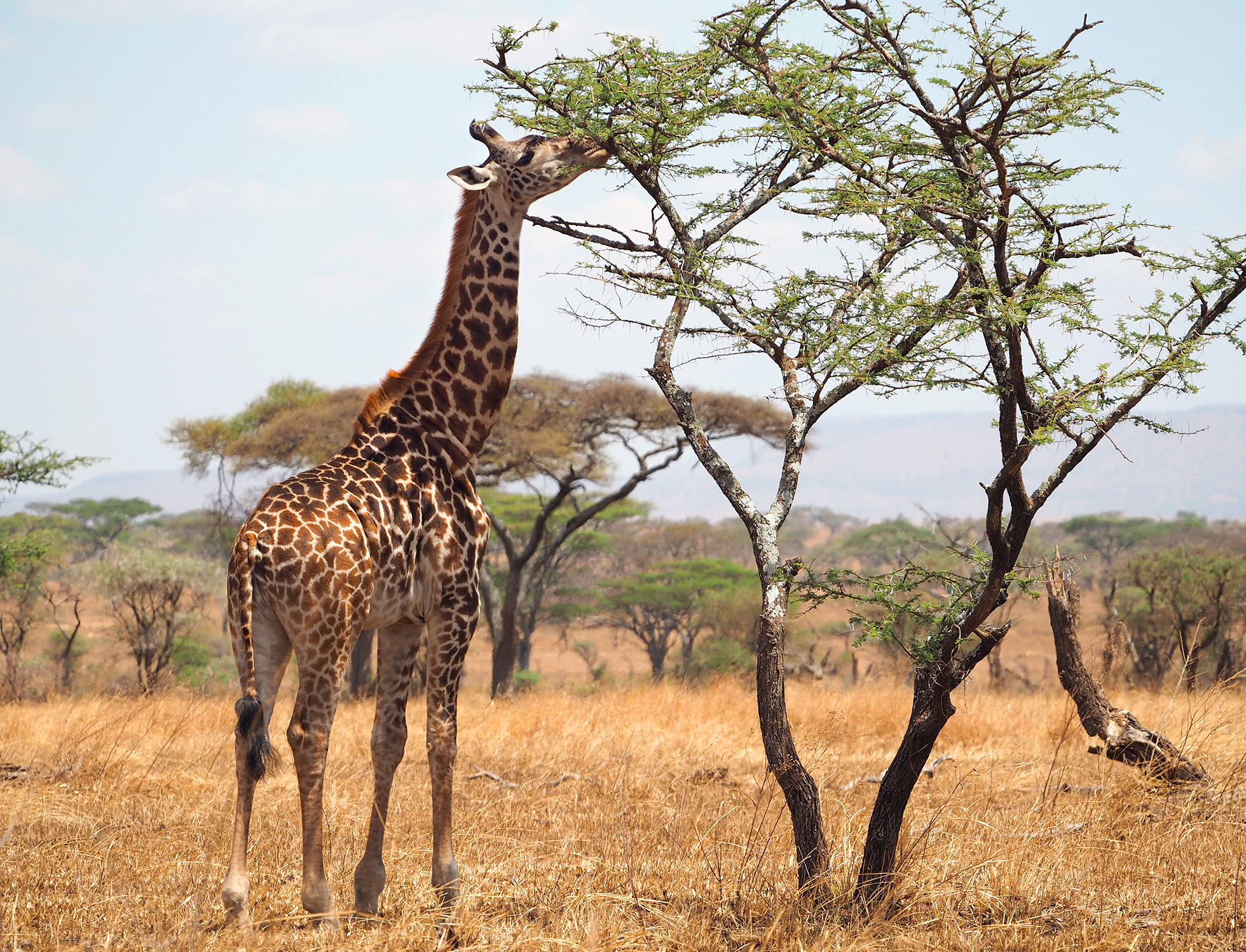 The Masai giraffe (Giraffa tippelskirchi), also called Kilimanjaro giraffe, is the largest species of giraffe and the tallest land mammal.

Individuals in areas with a high risk of illegal activities were more vigilant and had a longer flight distance than those found in low risk areas. Furthermore, males preferred to be solitary compared with females. Selous Game Reserve (SGR) had fewer singleton groups and larger groups than those in Serengeti National Park (SNP), and males formed slightly larger groups in SGR than those in SNP.

Although both study areas were highly threatened by illegal hunting from the surrounding human populations, human influence in SGR remained much higher. In both areas, the mean stress levels were high. High levels of stress in young individuals may lead to higher mortality. A detailed investigation on calf survival and a determination of the effects of female biased sex ratios on giraffe populations are recommended.