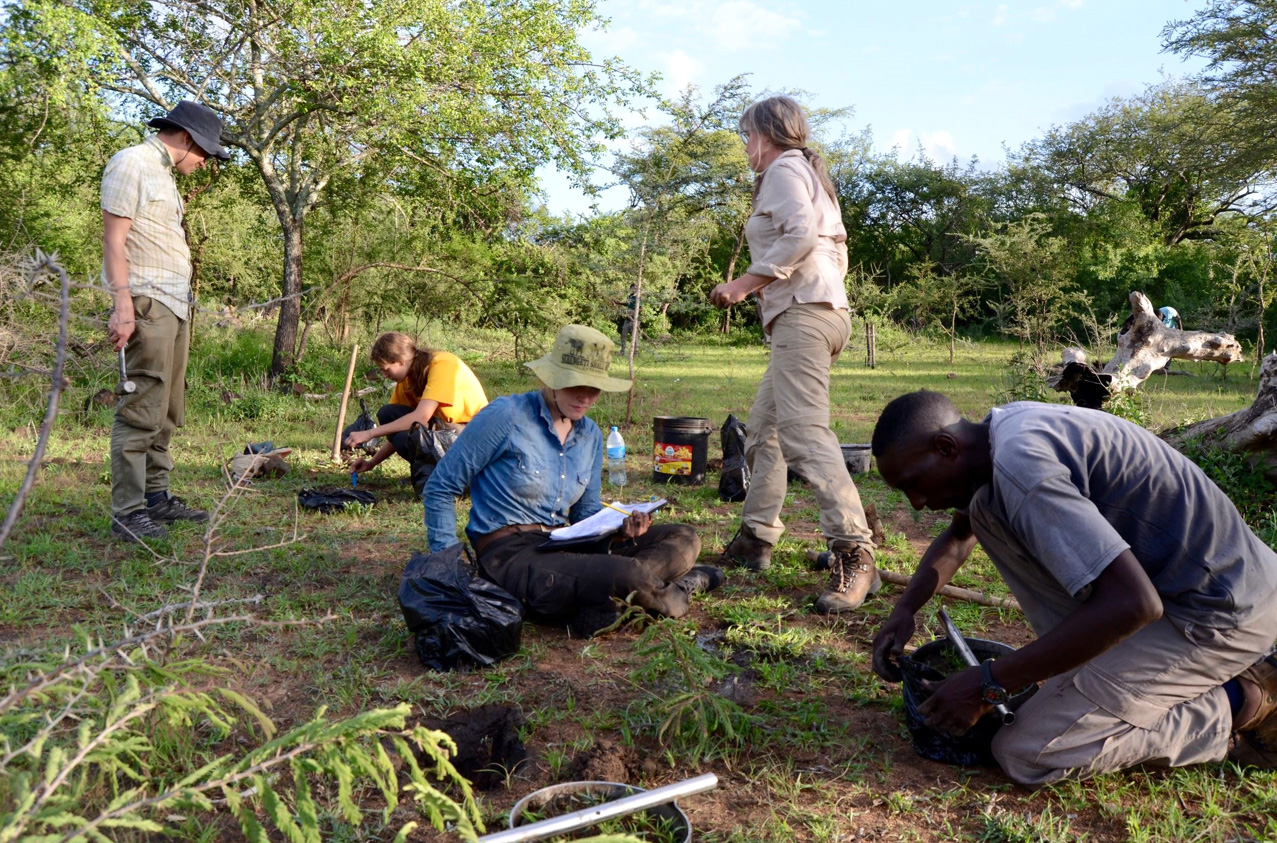 We were a big team working on many tasks simultaneously.

We, Marit, Vilde and Anders, all Norwegian master students in Ecology and Natural Resources Management, headed out to Serengeti one after the other from January to the end of December 2017. Throughout the past year we have all experienced a Serengeti adventure of our own. The days have been filled with fieldwork under the hot sun while watching a great part of the magnificent wildlife found in this ecosystem. We did not have a clue on what to expect before we arrived in this unfamiliar place with a foreign language, a different culture and (to us) all new species of plants and animals. Nevertheless, accompanied by our experienced supervisors from NTNU and TAWIRI and skilled drivers we were sure to be in good hands.

Anders are investigating how different landuse at the park border influence soil nutrient cycling. To answer this question he is applying the Teabag Index: Digging specific rooibos and green teabags into the soil to estimate decay rate in areas used for agriculture, pasture and wildlife. Within the soil you will find micro- and macrodecomposers, like microbes and termites. As he is into entomology he is also trying to see what effect these termites are having on the decomposition. These small insects are highly abundant in the ecosystem and therefore likely to be important for the nutrient cycling function in the ecosystem.

Marit is looking into the effect of grazing by wildlife and livestock on productivity and nutrient contents in grasses. She has been putting up fences both inside and outside the SNP to exclude grazing by animals on the vegetation inside, and at the same time collecting records of open plots that are not excluded by grazing. Throughout the year the exclosures and the open plots have been moved several times and the biomass were harvested each time. The aim of this is to be able to look into short term effects of grazing vs. non-grazing on the vegetation.

Vilde is looking into the effect of land-use change and climate on carbon storage in SNP. Carbon storage is greater than previously thought in Savanna ecosystems. Soil samples have been taken at seven locations in total. To account for difference in land-use she has sampled both inside and outside SNP. To account for difference in climate she has sampled in areas with varying yearly rainfall. The aim of this study is to be able to say something about the effect of climate and land-use changes on the savannas ability to store carbon.

Experiences from the field

Marit and Anders met in Seronera in March and went together out into the field to set up the exclosures in Mwantimba, Handajega gate, Makao and Maswa Game Reserve. We were accompanied by Ragnhild, another master student assisting with a vegetation transplant project in the same locations. Anders had already set up his teabag experiment in the same areas so he spent the time looking for termite mounds to measure. On the team were our supervisors Bente, James and Bukombe and our brilliant driver and handyman Noel. Vilde did her field work in December accompanied by supervisor Stuart, SUA master student Philipo and Richard.Through our journeys on the African savanna we have experienced many things; long working days under a hot sun with many hours spent in a tightly packed car, how apparently it is only us northerners who need to use “Mzungo cream” to tolerate the sun, how it is like to be stuck in the wet cotton soil after a rainfall, to be chased from our plots by elephants, encountering the fun and loving Tsetse flies with their exceptionally noticeable stings, among many other exciting experiences. A lot of bottles “maji kobwa”, “chapati”s and “embe” were consumed during our stay! 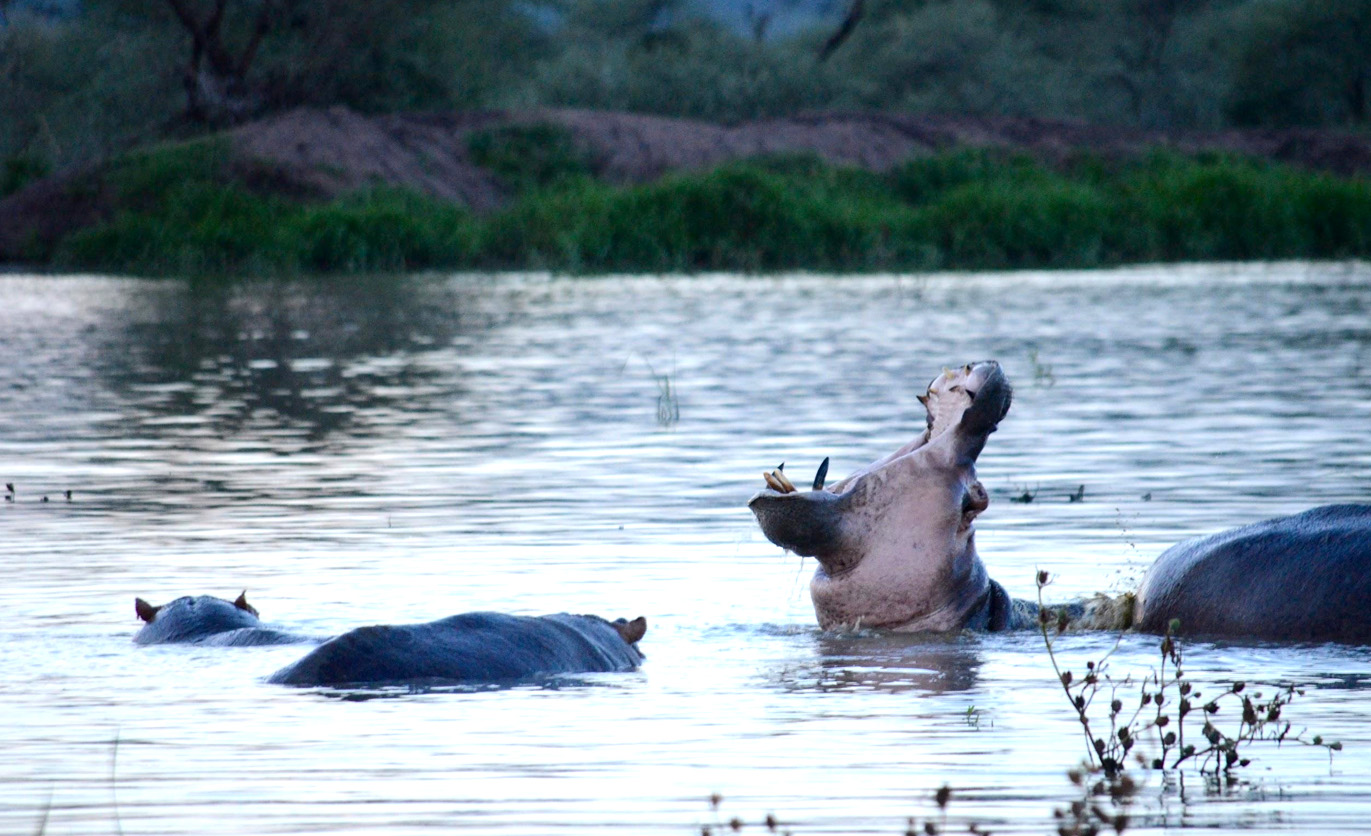 Visit to a hippo pool. Accumulated water had created a temporary lake after a rainfall event. 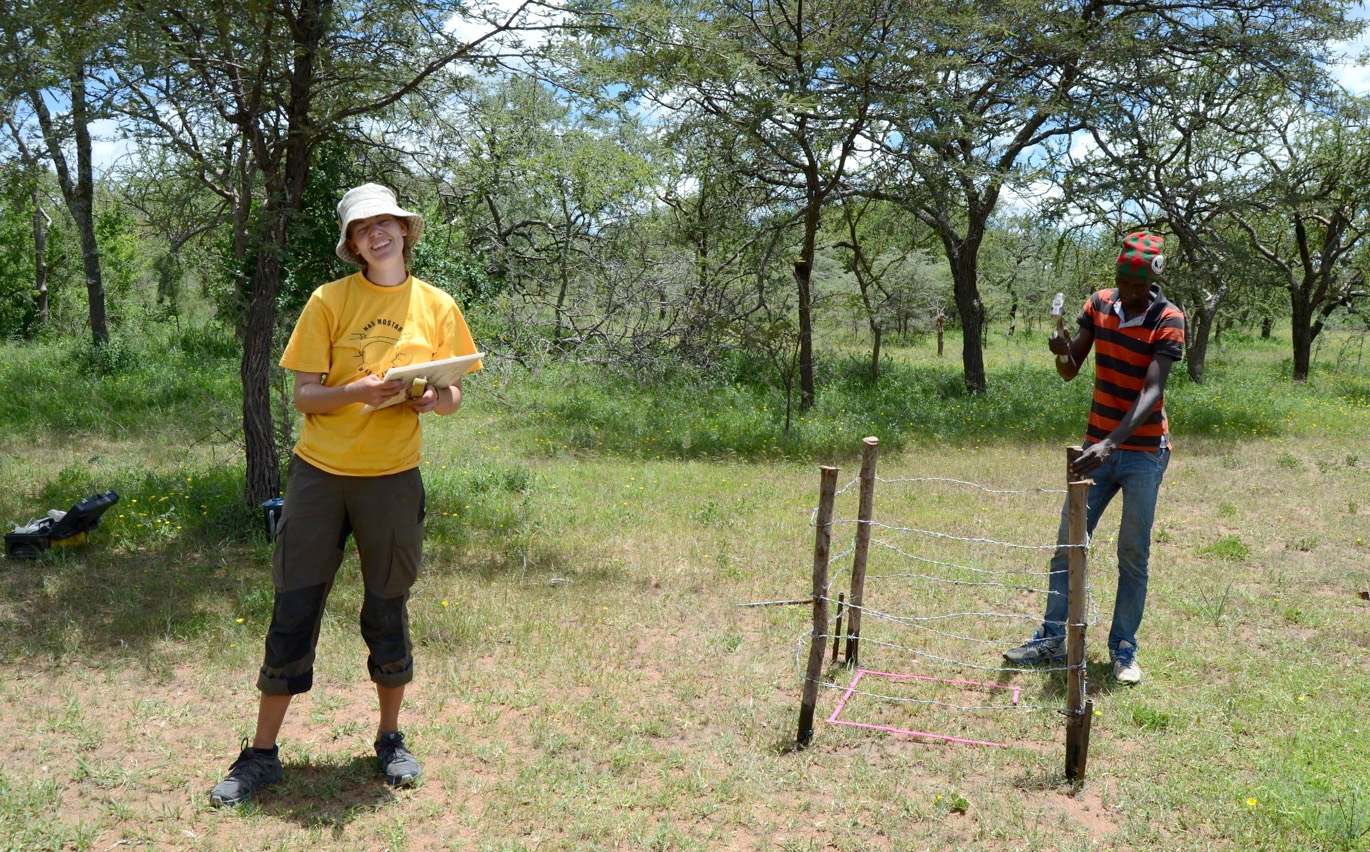 One of Marit’s movable exclosures. Bonifas, one of the farmers from Makao, has contributed with great assistance. 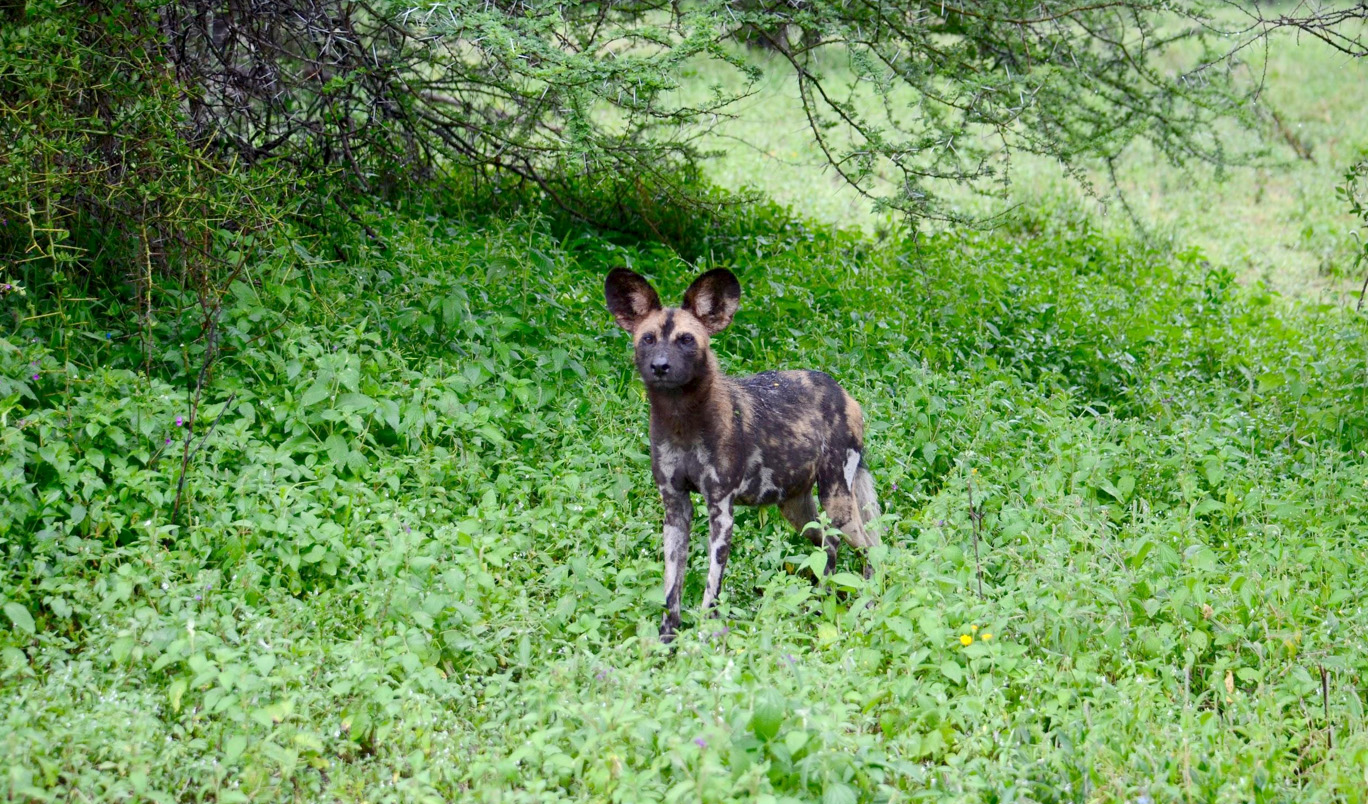 We even got to see a pack of the rare wild dogs! 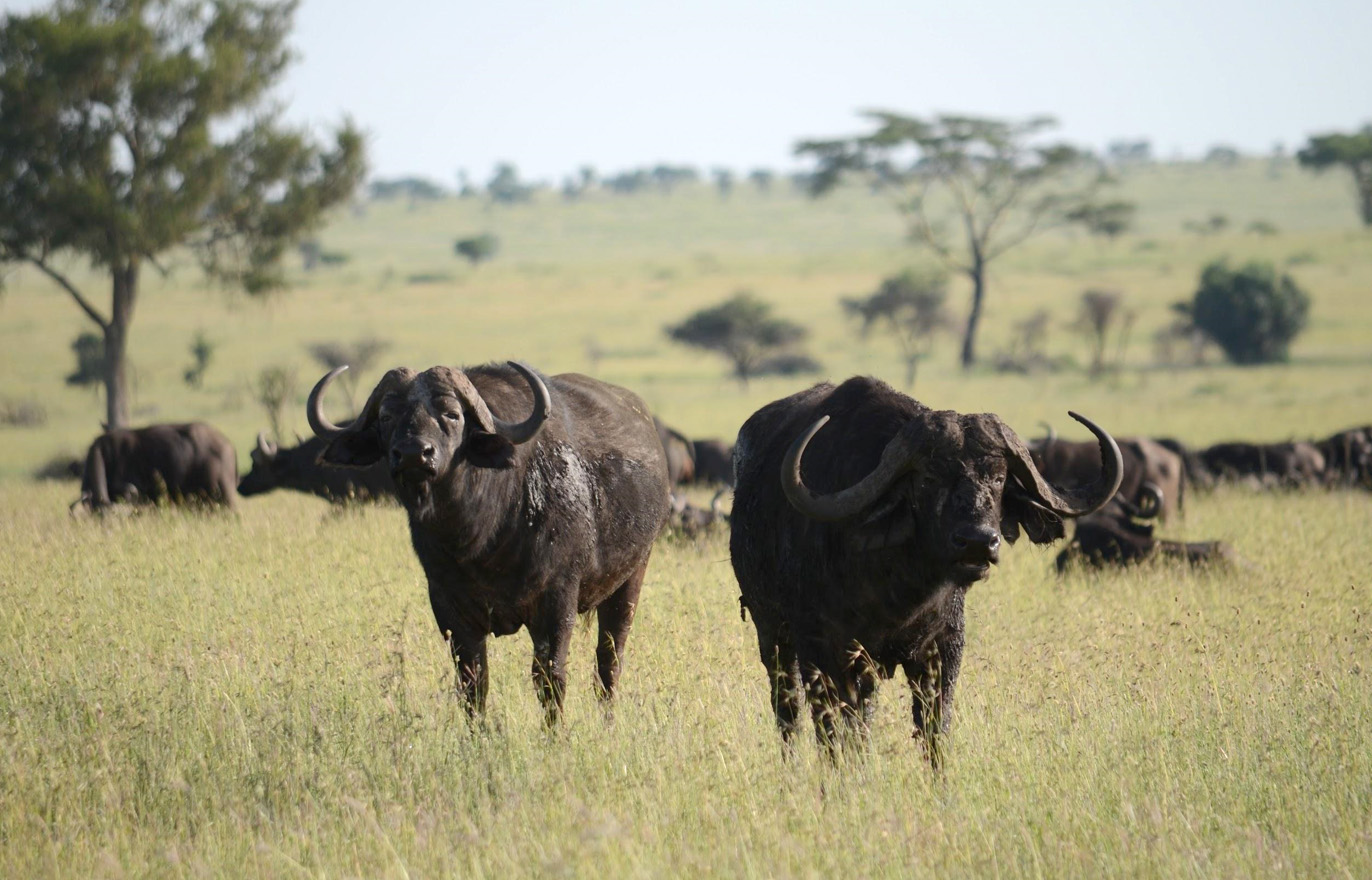 Buffalos around the plots from time to time. Not possible to work then. 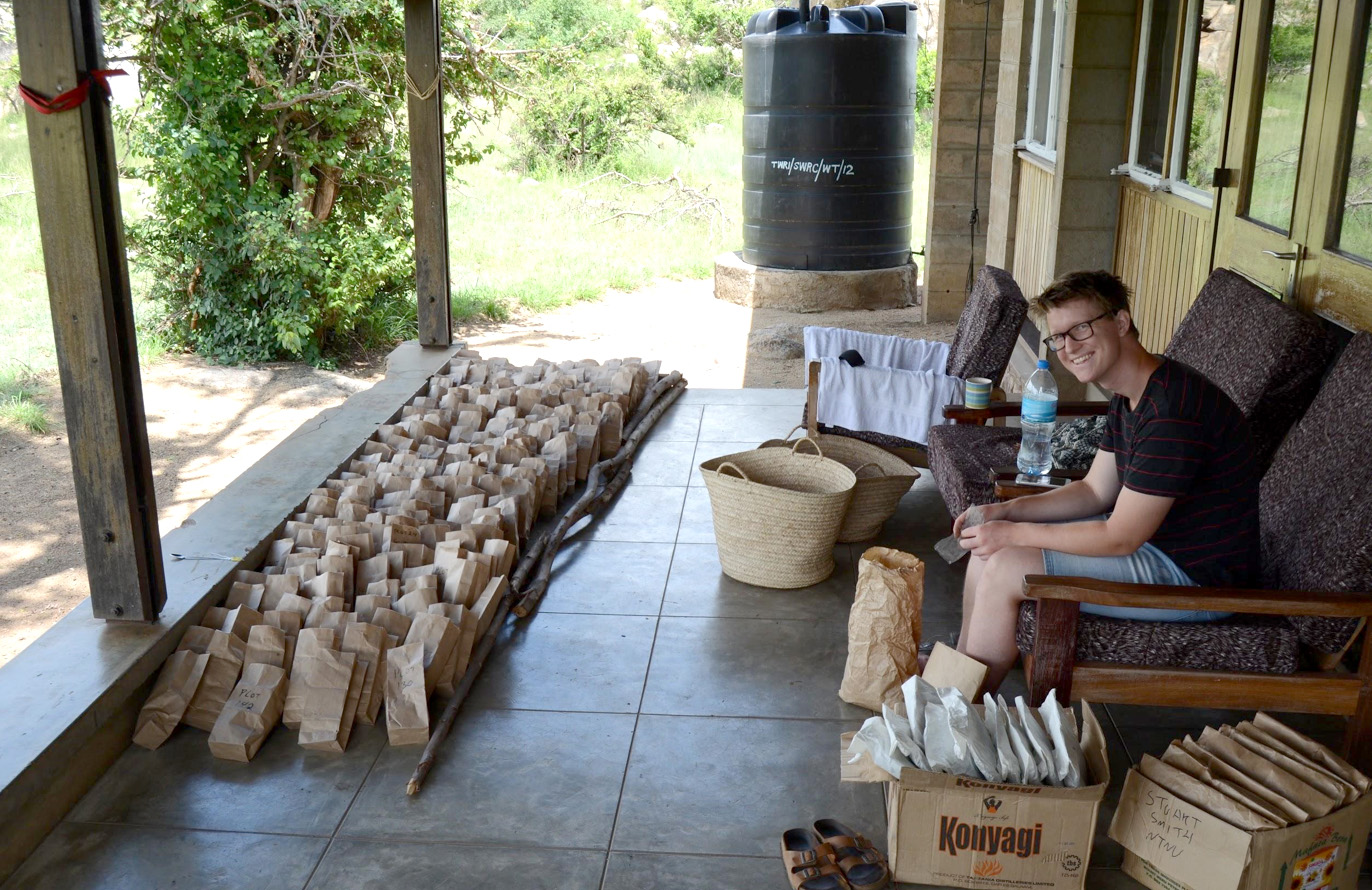 Anders sorting his many teabag samples, in NTNU house in Seronera. 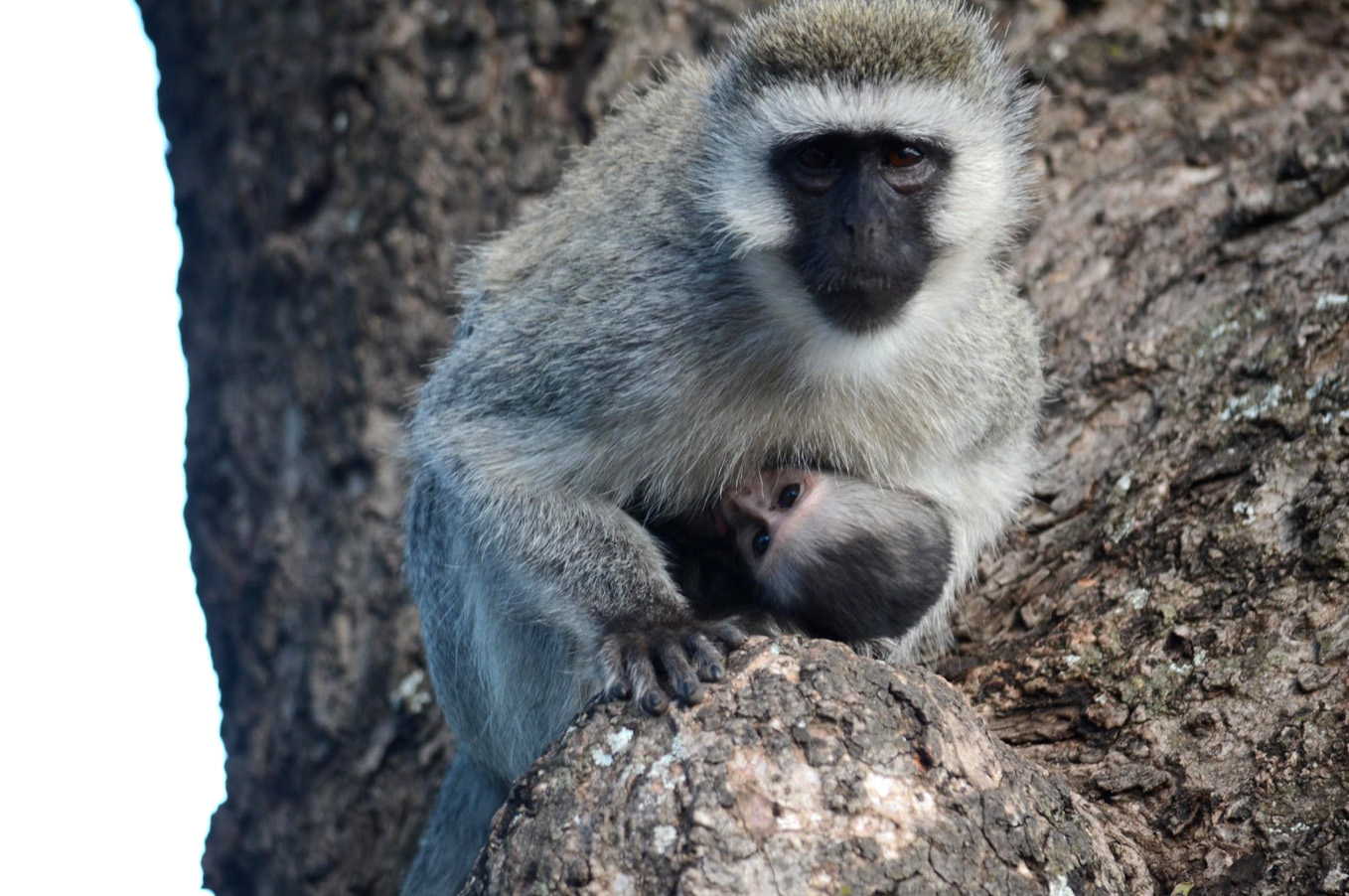 A mum with her mtoto. 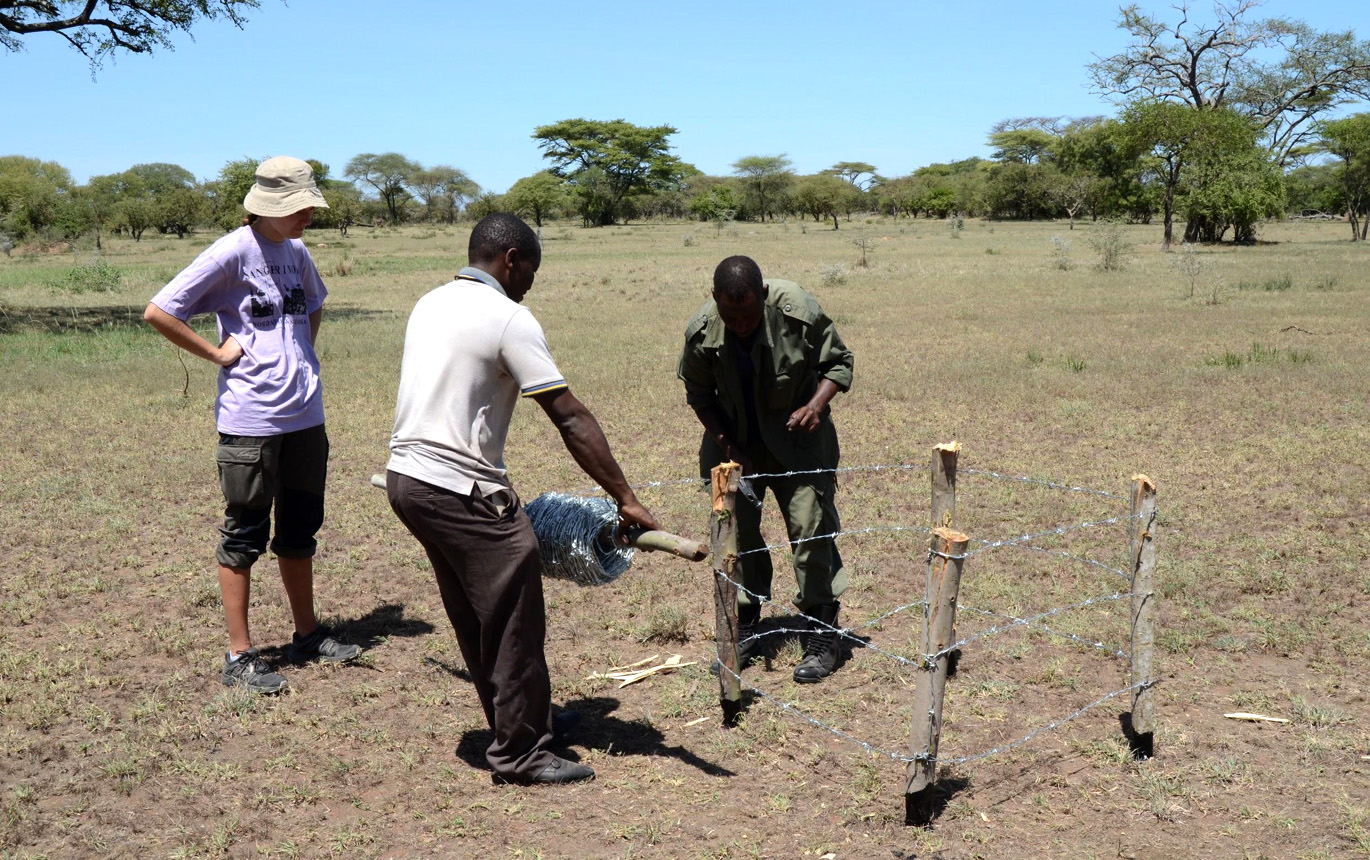 Barbed wire was used for fencing the exclosures. Alfred Noel, our driver, working together with one of the rangers. 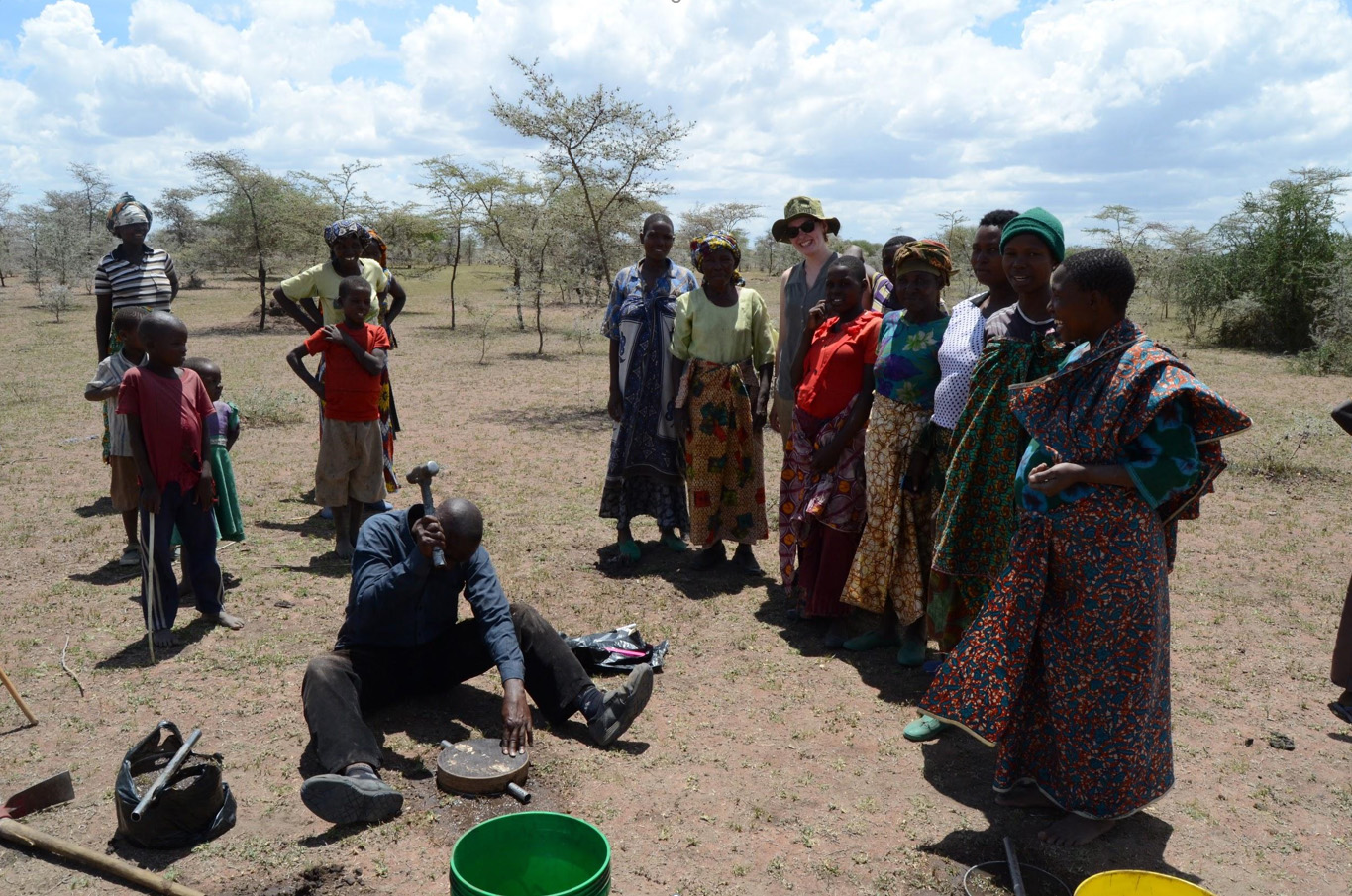 The local villagers were interested to see what we were working with. 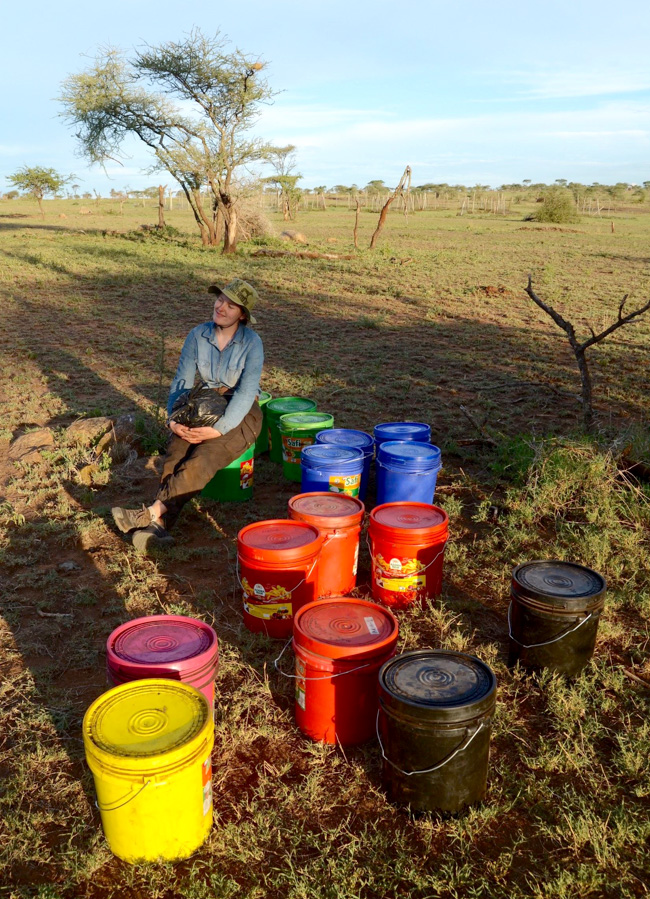 Ragnhild keeping control of all the logistics involved in the transplant experiment. This involved a lot of frustration, and took up a lot of the space in the car! 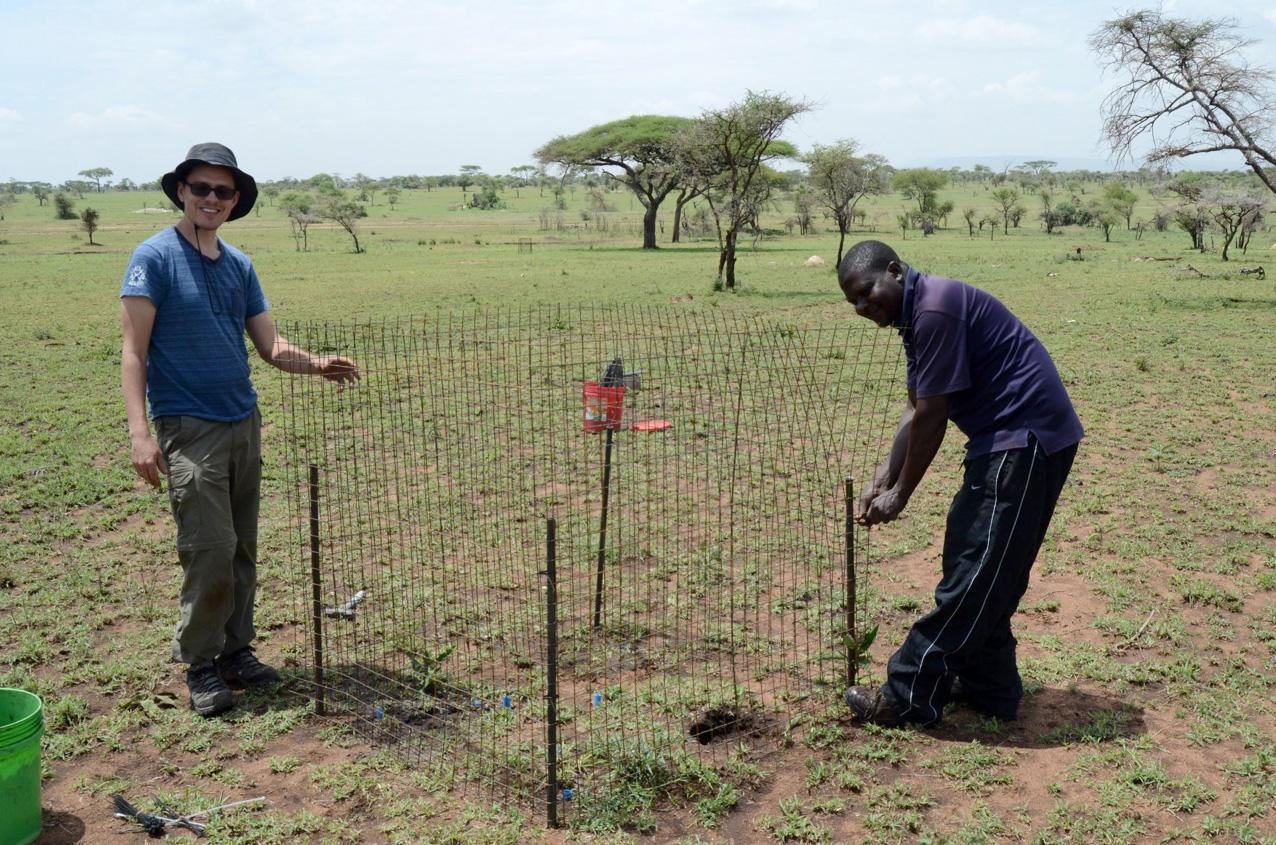 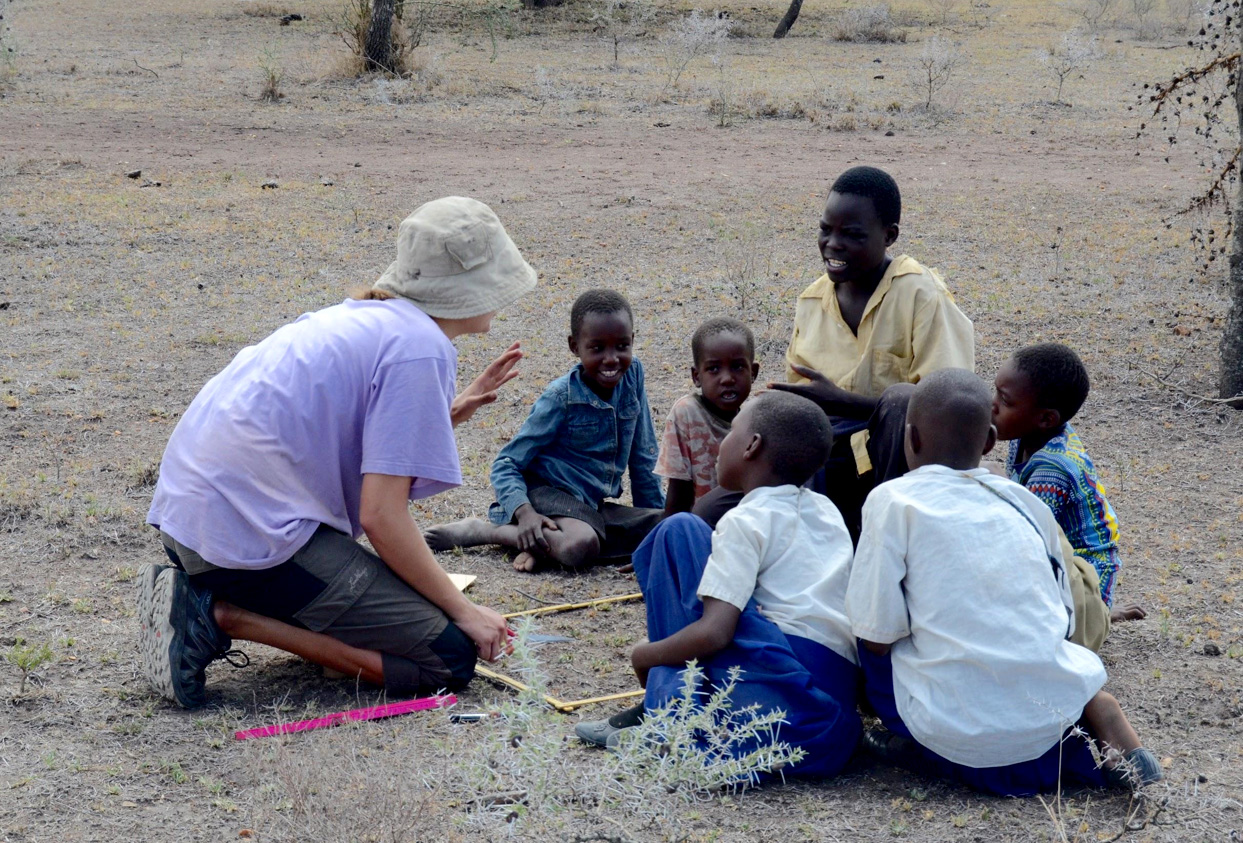 Marit harvesting a plot with a group of curious onlookers. 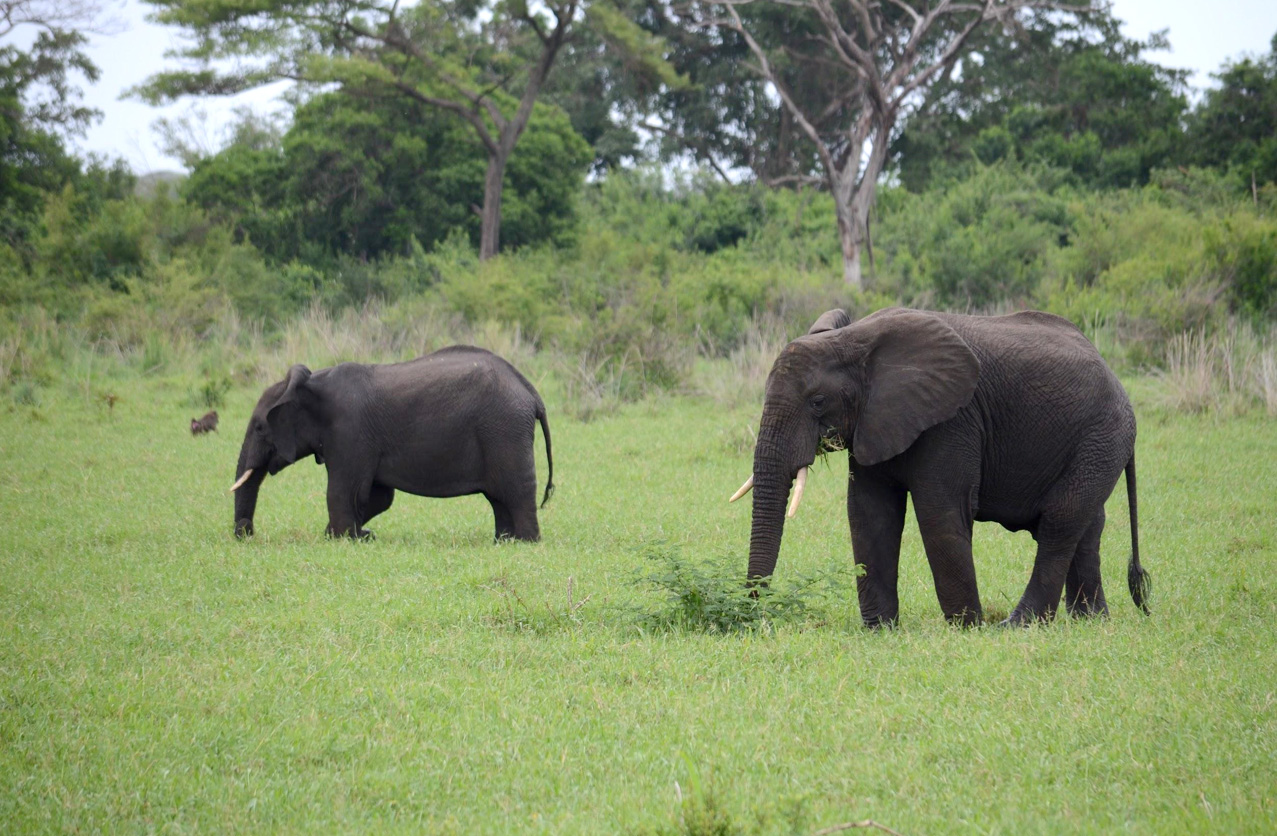 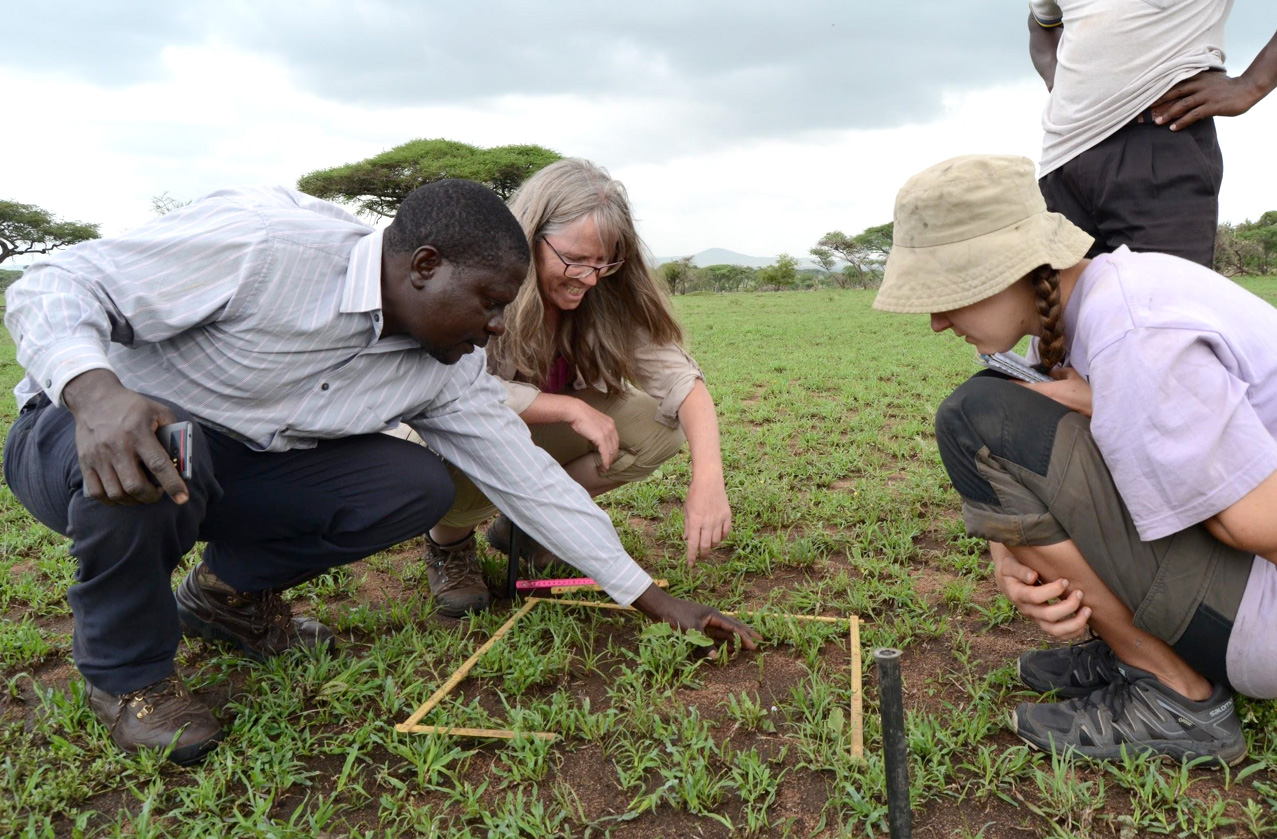 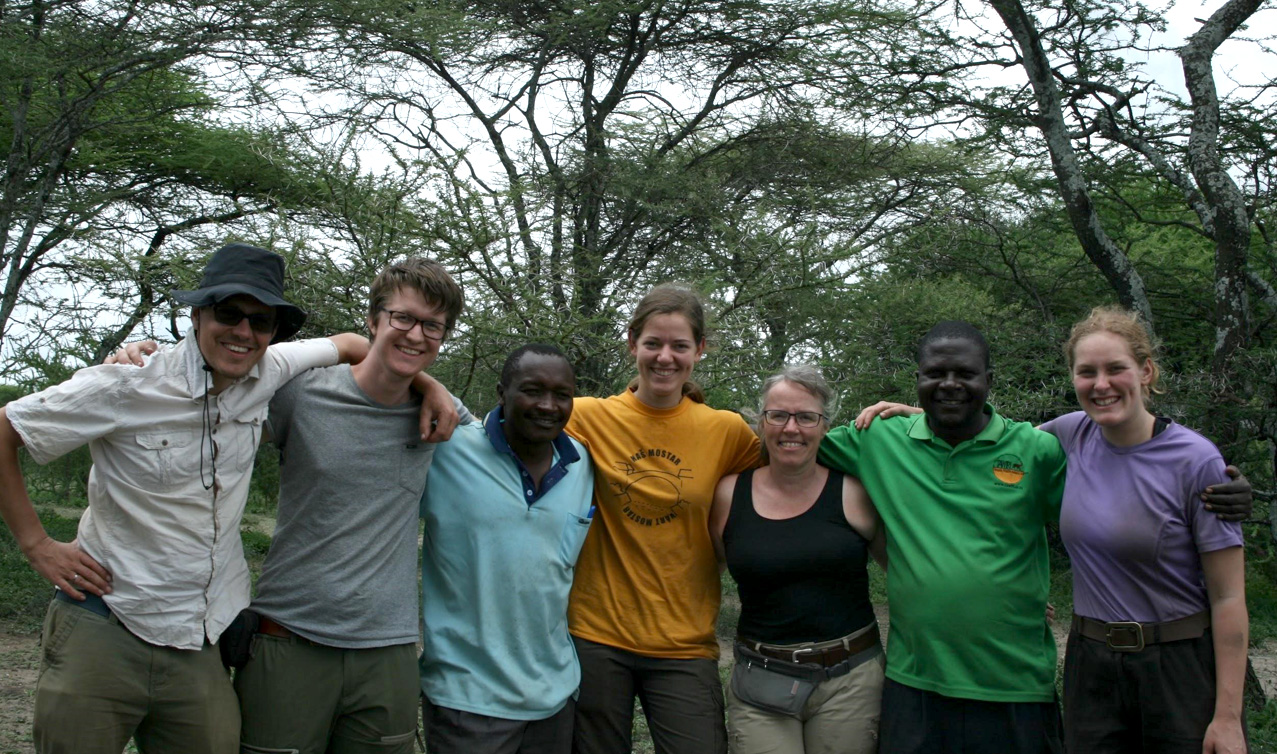 Team “chafu” from the first round in the field in February. 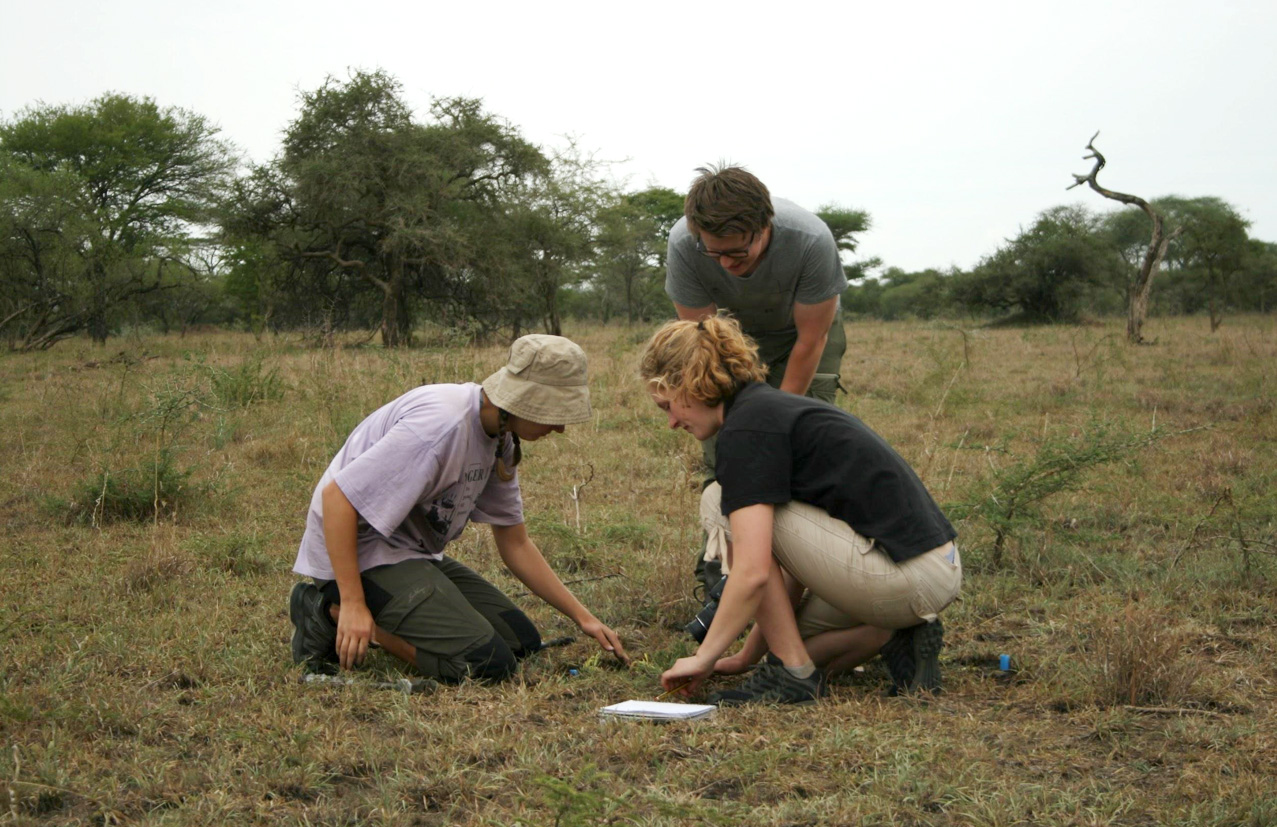 Anders, Marit and Ragnhild working on a plot in Handajega gate, February.