Teatime in the Serengeti

Tanzania is well known for its tea. Chai tea is drunk every day and Tanzanians are proud of the various local tea types produced in the country. Entering Tanzania with a couple of suitcases full of generic Lipton teabags (other brands available) may seem an unusual way to blend into the Tanzanian tea culture. However, these teabags were not for drinking. We planned to bury them in the soil across the Serengeti.

Decomposition is the process whereby dead plant material, or litter, is consumed by tiny organisms – such as fungi and bacteria – and turned into soil. To study decomposition, ecologists bury mesh bags filled with plant litter in the soil. A teabag serves as a ready-made litterbag filled with tea leaf litter. This is the idea behind the Tea Bag Index a global scientific effort to measure decomposition using teabags in as many different ecosystems as possible around the world. 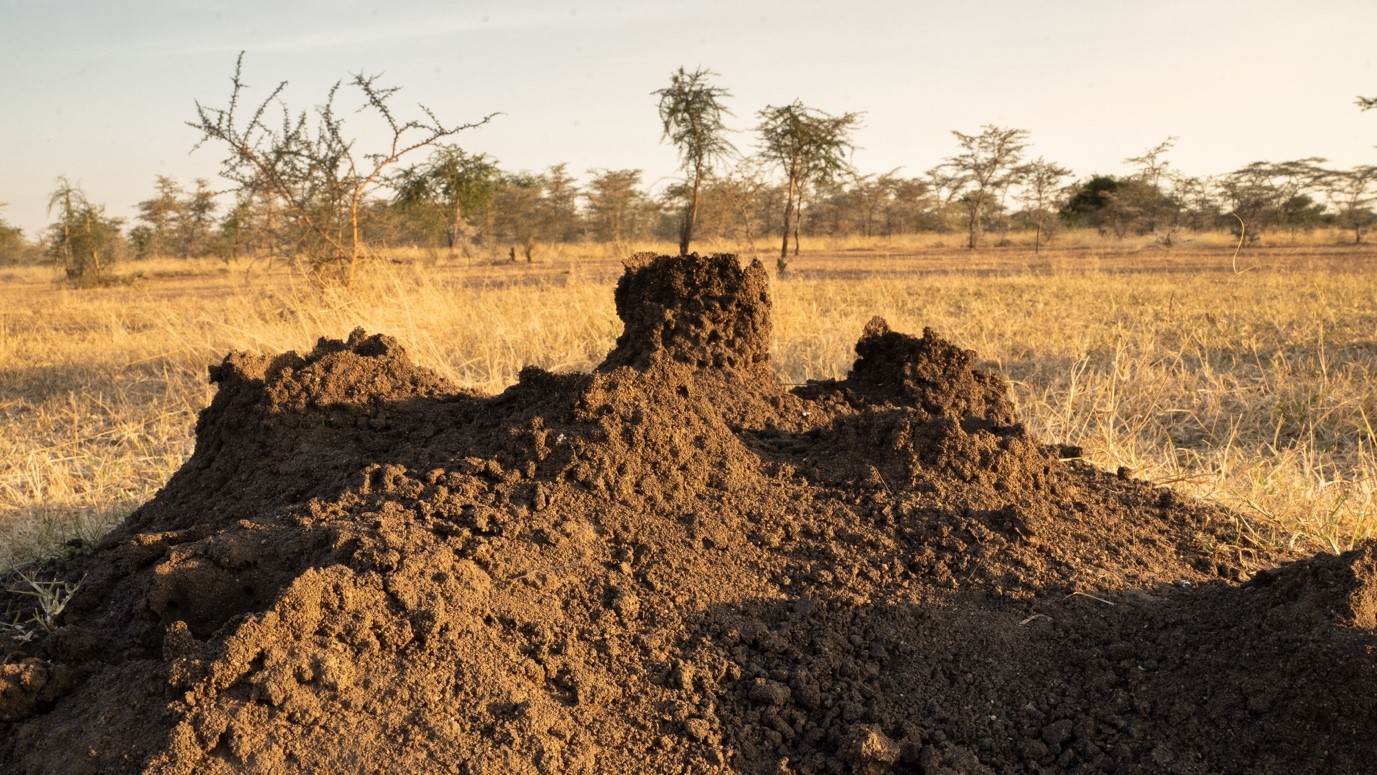 A termite mound on pastureland outside the Serengeti National Park. Photo by Per Harald Olsen

In tropical savannahs of the Serengeti, fungi and bacteria are not the only organisms consuming plant litter. Detritivores – termites, millipedes, woodlice – help consume prodigious amounts of plant litter. The abundance of detritivores is expected to be lower outside the Serengeti following the clearing of trees and ploughing soil. This said, some detritivore species persist in human modified land. Termite mounds are a common sight on livestock grazed pastures. Thus, there is a lot of uncertainty around the contribution of detritivores to litter decomposition across various land-uses around the Serengeti. 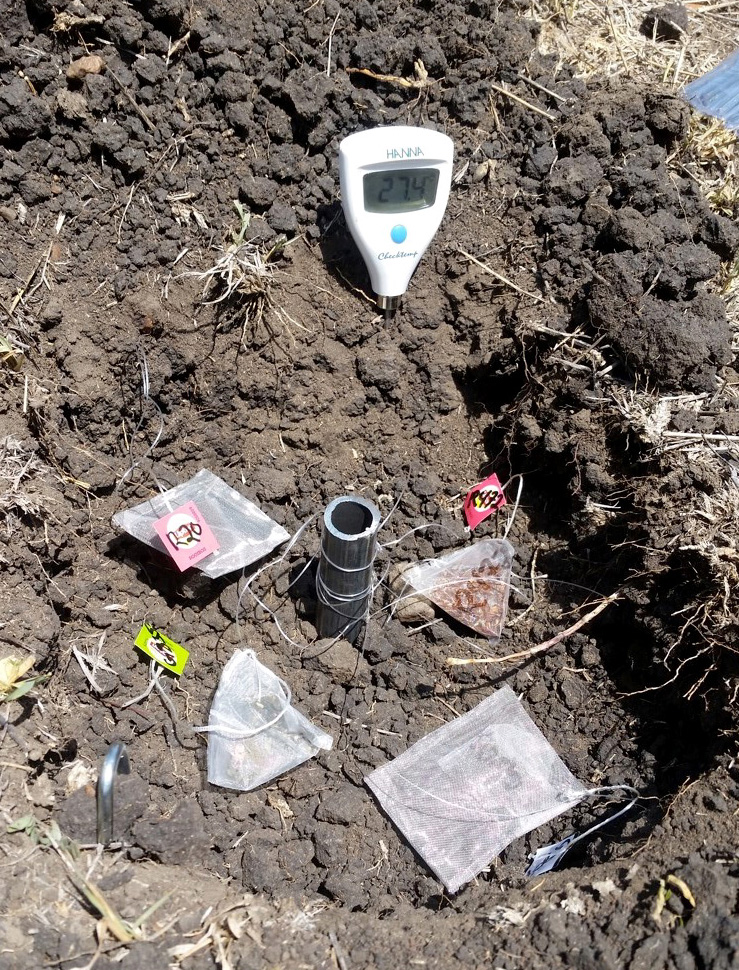 Burying teabags in the soil with and without metal mesh to exclude detritivores. Photo by Anders Sundsdal

By burying teabags, we aimed to investigate the contribution of detritivores to litter decomposition across land-uses around the Serengeti. We buried teabags inside the Serengeti National Park and outside the park on livestock pasturelands and maize fields. After decomposing for a few months in wet season and a second batch of teabags in the dry season, we found consumption of tea leaf litter by detritivores was generally highest on agriculture and pastureland. Detritivores seemed resilient to the current land-use pressures posed by humans.

The contribution of detritivores to tea litter decomposition was higher during the dry season than the wet season, particularly on agricultural and livestock pastureland. Soil microbes require wet conditions to breakdown plant litter. Without rain, tea litter stops rotting. Detritivores with their tough outer shell exoskeletons continue to forage for litter during drier periods. By burying teabags, we were able to show the importance of detritivores in sustaining soil processes on human land-uses around the Serengeti.

A recording of termites eating rooibos tea after being buried in the soil inside the Serengeti National Park. Video by Stuart Smith 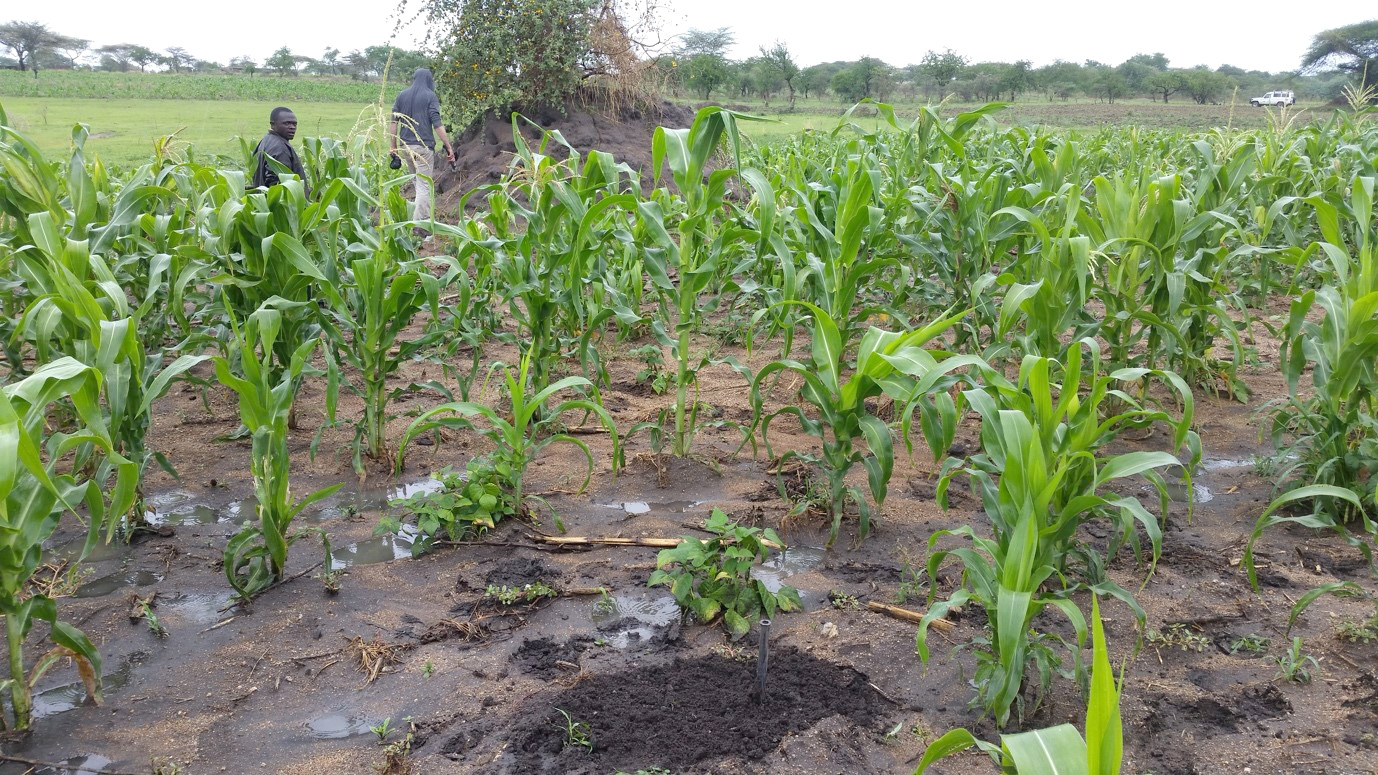 A maize fields outside the Serengeti National Park where teabags were buried during the wet season. Photo by Anders Sundsdal.

The paper “Teatime in the Serengeti: macrodetritivores sustain recalcitrant plant litter decomposition across human-modified tropical savannahs” published in Plant and Soil was a collaborative effort between researchers from the Norwegian University of Science and Technology, Tanzanian Wildlife Research Institute and Sokoine University of Agriculture and was part of the AficanBioServices project funded by EU Horizon 2020 (grant 641918).

Written by Stuart Smith on behalf of the authors