Play as Practice: Games for a better future in the Serengeti Ecosytem 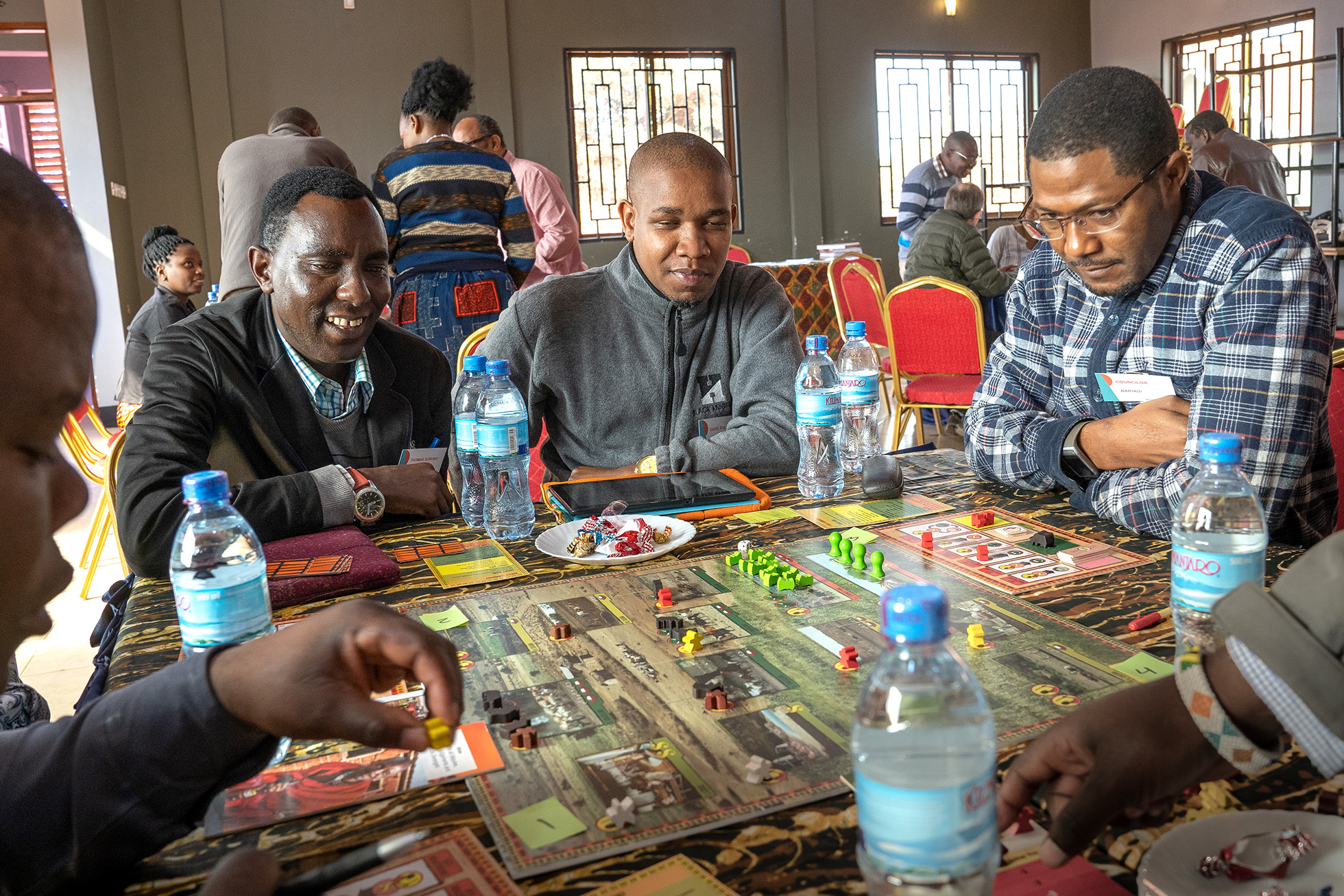 AfricanBioServices has created its own board game that informs local communities about conservation in the Greater Serengeti-Mara Ecosystem (GSME) in East Africa, while they are having fun.

The GSME is a world-renowned protected savanna areas in Tanzania and Kenya. Thousands of tourists are coming to see the migrating wildebeests and the iconic “Big Five” each year in these parks. However, surrounding the park, the rural communities, to a great extent, live from the natural resources they can derive directly from their land and to some extent from the protected areas. They have limited access to important facilities and services and are economically deprived. How do these people see their future, and are there options for development towards a sustainable future for both people and the protected areas?

We developed tools to explore the options for charting a path towards a more sustainable future development together with the local communities and with policymakers and park managers. Visiting 12 villages and gathering policymakers and park managers for discussing future scenarios and playing a board game, we learned about the priorities of these stakeholders, and their thoughts about the future.

Living close to a protected park in East Africa

The livelihood of the local communities close to the protected areas in the greater Serengeti-Mara Ecosystem relies on natural resources through particularly livestock production, small-scale agriculture and bushmeat hunting. As the human population is growing rapidly in areas close to the protected area boundaries, the scarcity of land is becoming visible. Tree cover is decreasing, land is converted to agriculture, settlements and infrastructure, and the remaining grasslands often become overgrazed due to overstocking of cattle on too little land. These circumstances are increasing the pressure on the natural resources within protected areas. To protect the ecosystem services (including the wildlife) there is a growing need for better land-use planning, initiatives offering livelihood strategies and investment opportunities other than cattle and for reducing the human population growth close to the park. 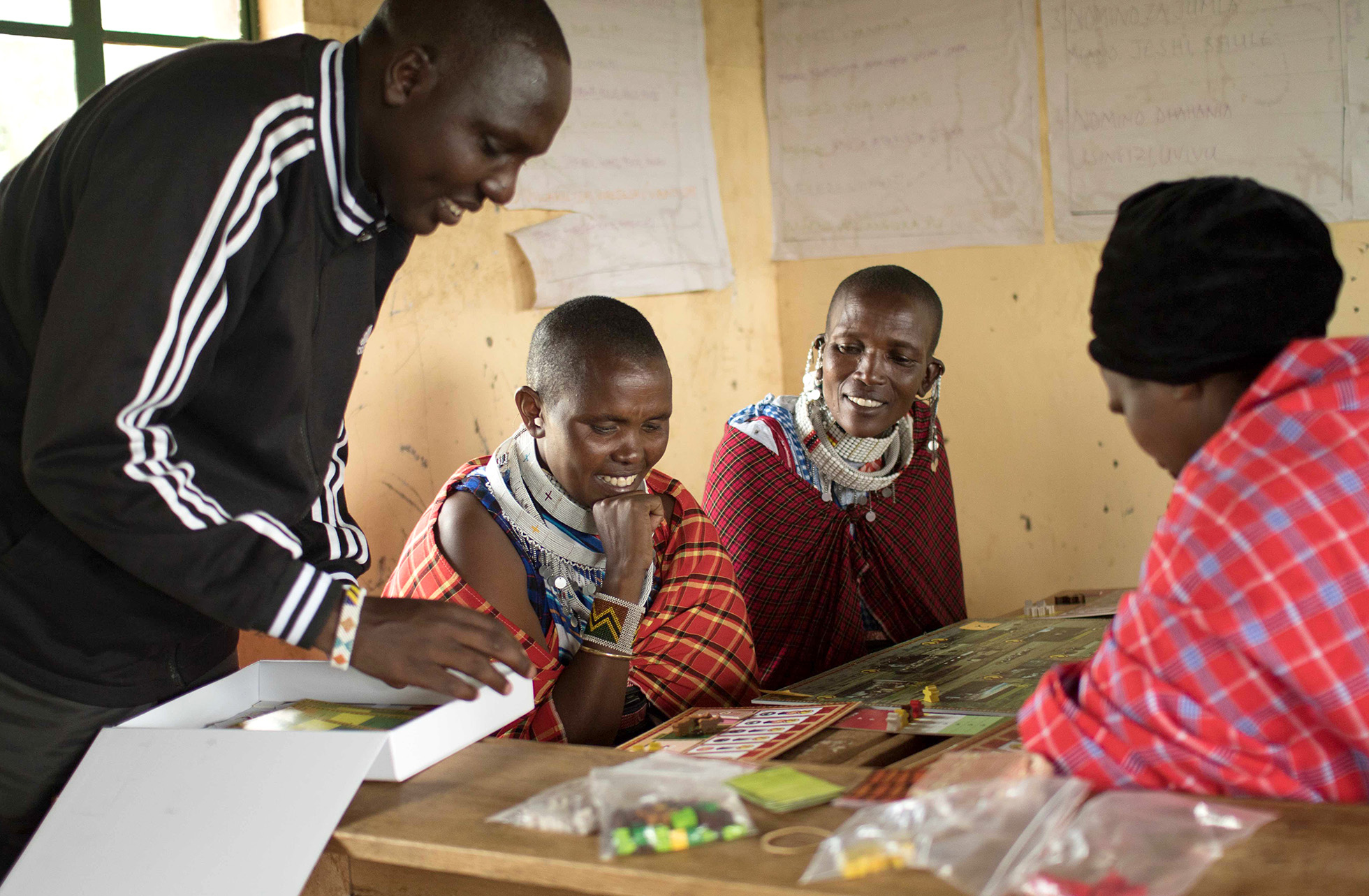 All too often conservation initiatives have limited the livelihoods opportunities and restricted the development aspirations of local communities. Moreover, rarely are local communities consulted or engaged to participate in management processes and policy decisions. When proper management initiatives are developed they often lack the acceptance of the local communities and the capacity for implementation is often low. People, therefore, tend to do as they are used to, and are often unable to see the resulting environmental problems until too late. However, local people should be considered part of the solution instead of the problem. They should hold insights to develop alternative pathways that are acceptable to those that ultimately make the day-to-day decisions that will determine the outcome for the in Greater Serengeti Mara Ecosystem.

Games offer opportunities to reflect on sutainable livelihoods together

Recognising this, AfricanBioServices in collaboration with NTNU Sustainability and NTNU Innovative Education created the common project Savanna Life. We asked an illustrator to draw pictures for posters showing different future scenarios and we developed a board game to facilitate discussions between stakeholders at different levels and to enable people to safely test alternative pathways to prosperity for mutual learning and development of solutions.

With a group of students from NTNU, researchers from AfricanBioServices, a game developer and community facilitators, we travelled many hundreds of kilometers on bumpy roads to 12 villages in the two countries. In each village, we mounted the posters to the walls in a classroom of the local school or put them on the ground and had hours of vivid discussions about the posters with community members. At the same time, two groups were playing the board game – one group consisting of four women and one of four men. The community facilitators would translate and instruct the players. Days were long, with one-two hours driving to communities, at least eight hours in the villages and then driving back. However, no day was the same, and every day the group and community members, obtained new valuable insights. 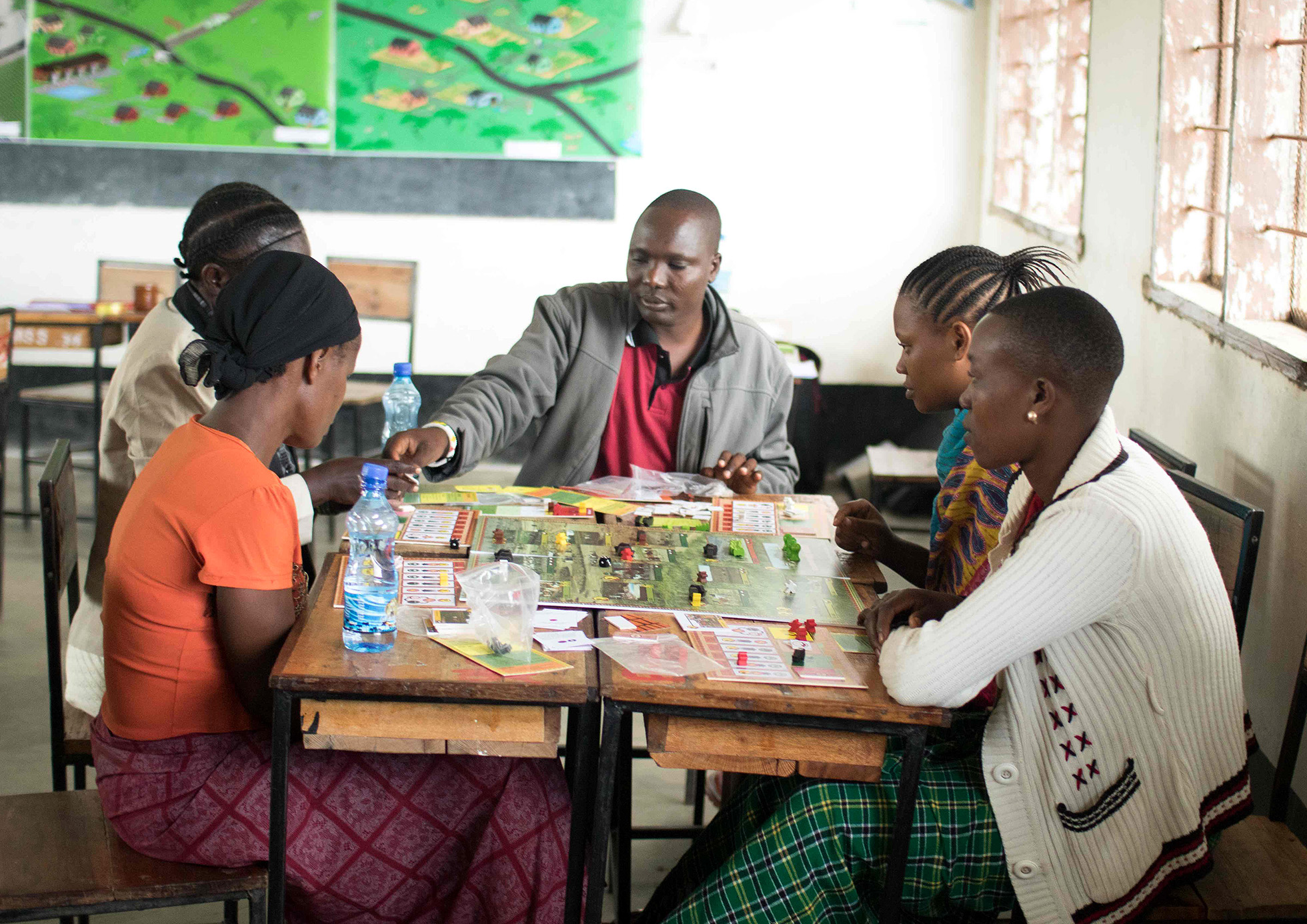 Poster scenarios for the future

The four posters each showed a possible future scenario. The scenarios were called Downward Spiral, Globalisation, Green Haven and Local Sustainable Development. Not surprisingly, nobody wanted the Downward Spiral reflecting resource degradation and community deprivation, but villagers understood that this could be the way their village would look in the future if they failed to take care of the environment. Communities in Tanzania did not want the Globalisation future characterised by urbanisation and land ownership by large companies. Neither did they want to rely on tourism as the primary source of income as described in the Green Haven scenario. Communities in Tanzanian were sceptical about becoming reliant on foreigners and preferred a more self-sustained community as represented by the Local Sustainable Development scenario. Kenyans though generally were more positive towards the Globalisation and Green Haven scenarios and were, in general, more oriented towards other sectors of the economy to replace their reliance on natural resources. Policy-makers and managers in the two countries mainly expressed the same priorities as the communities in their countries but worried more about how to ensure sustainable development close to protected areas. Everybody agreed about the need for more education. 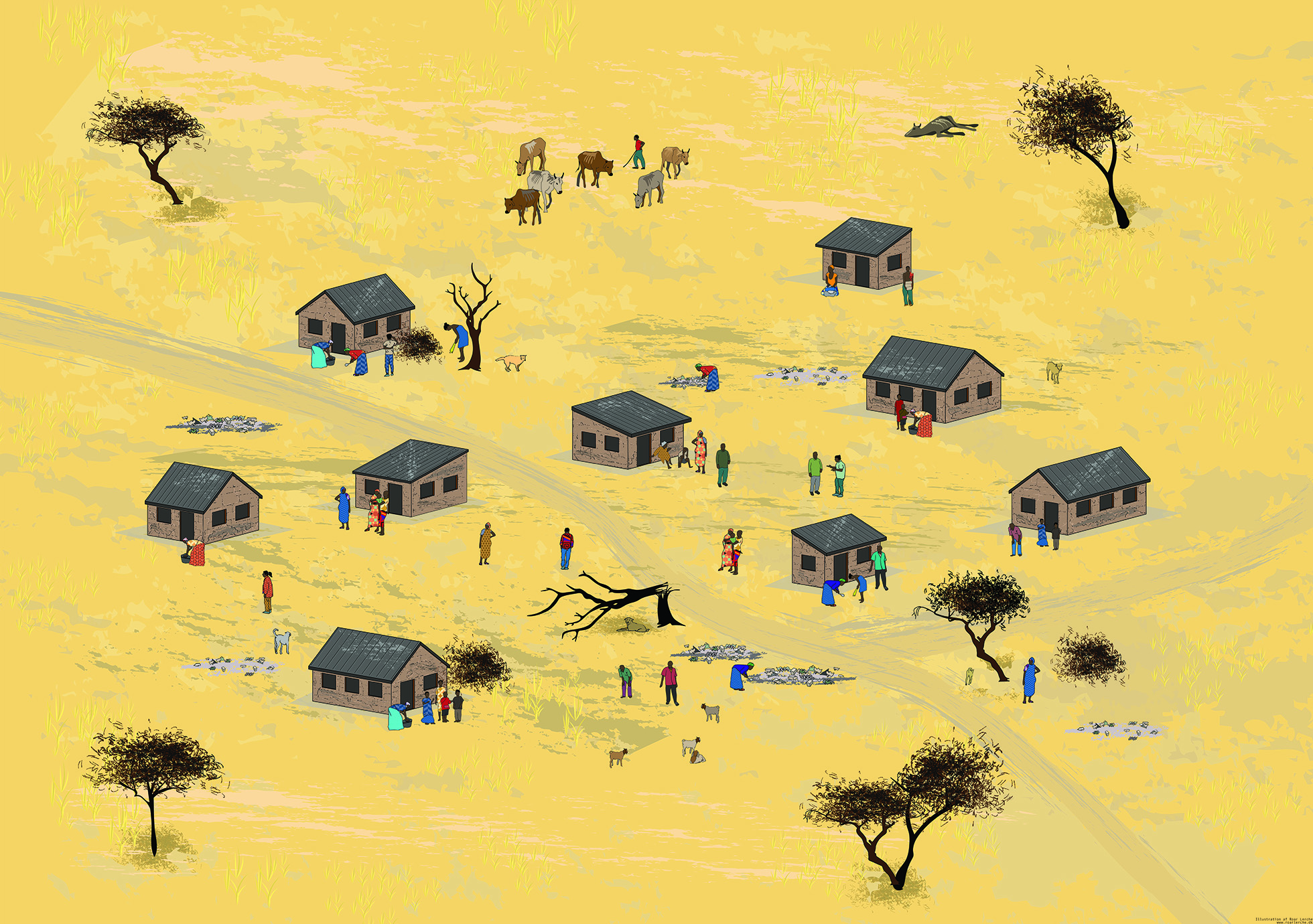 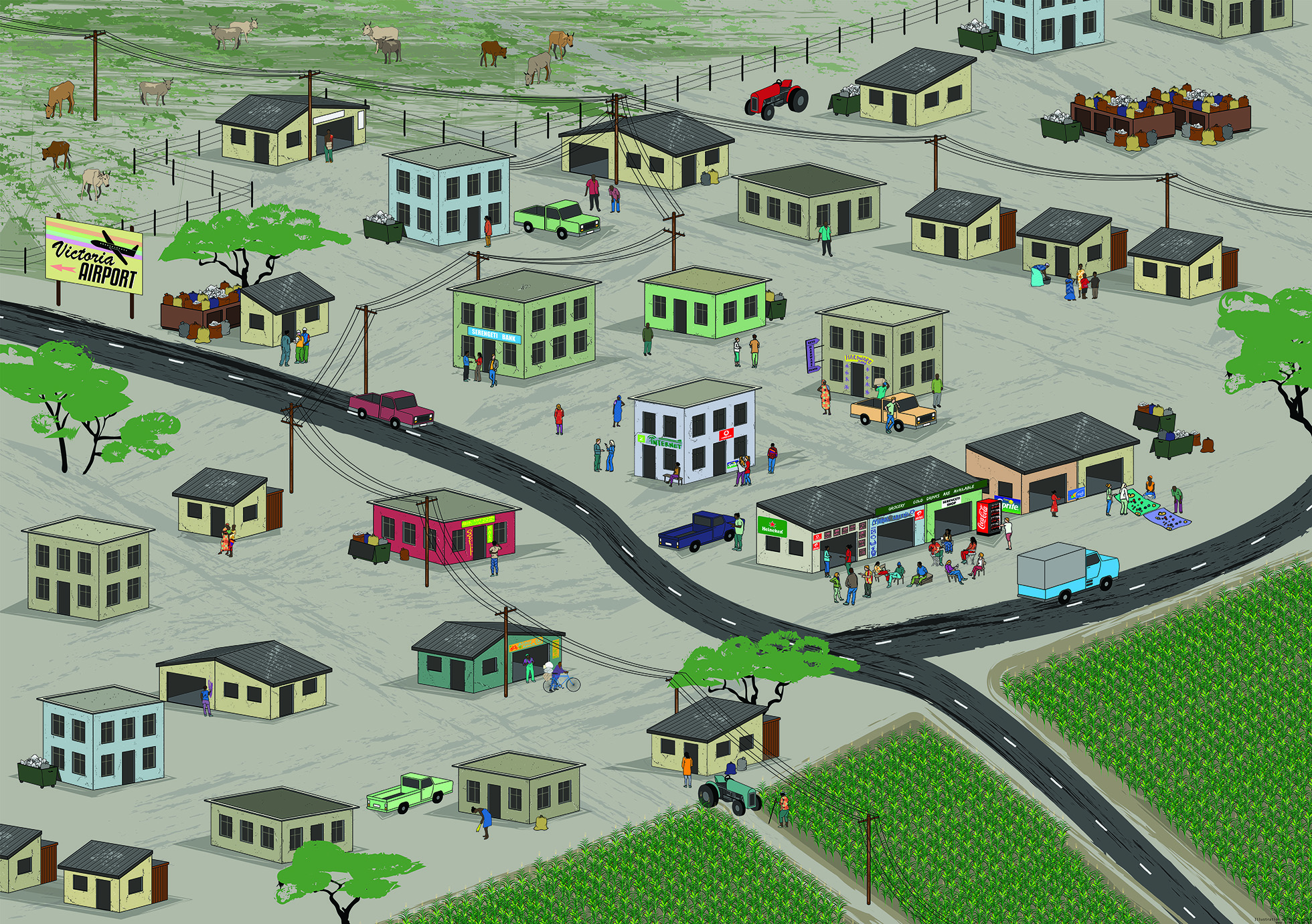 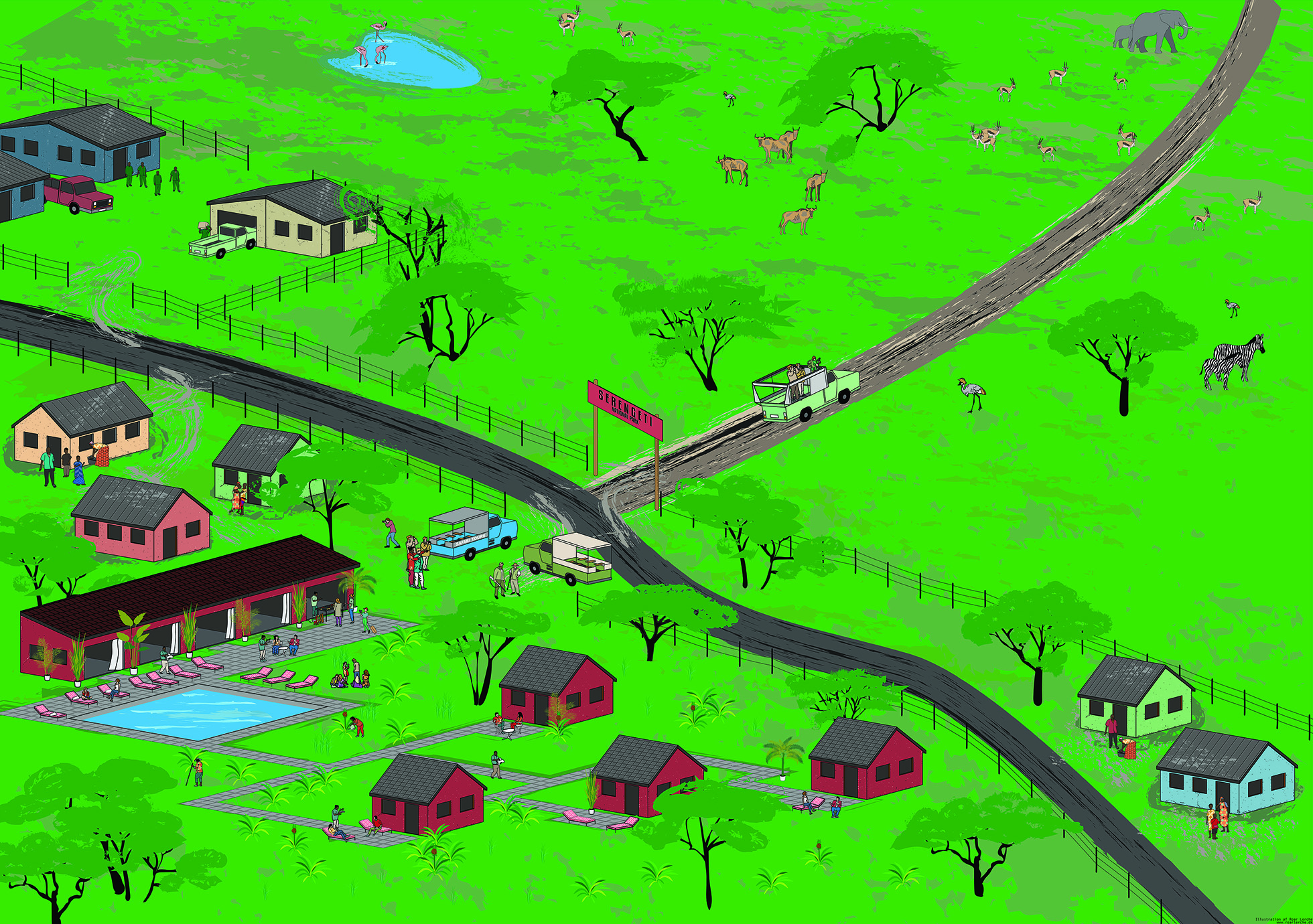 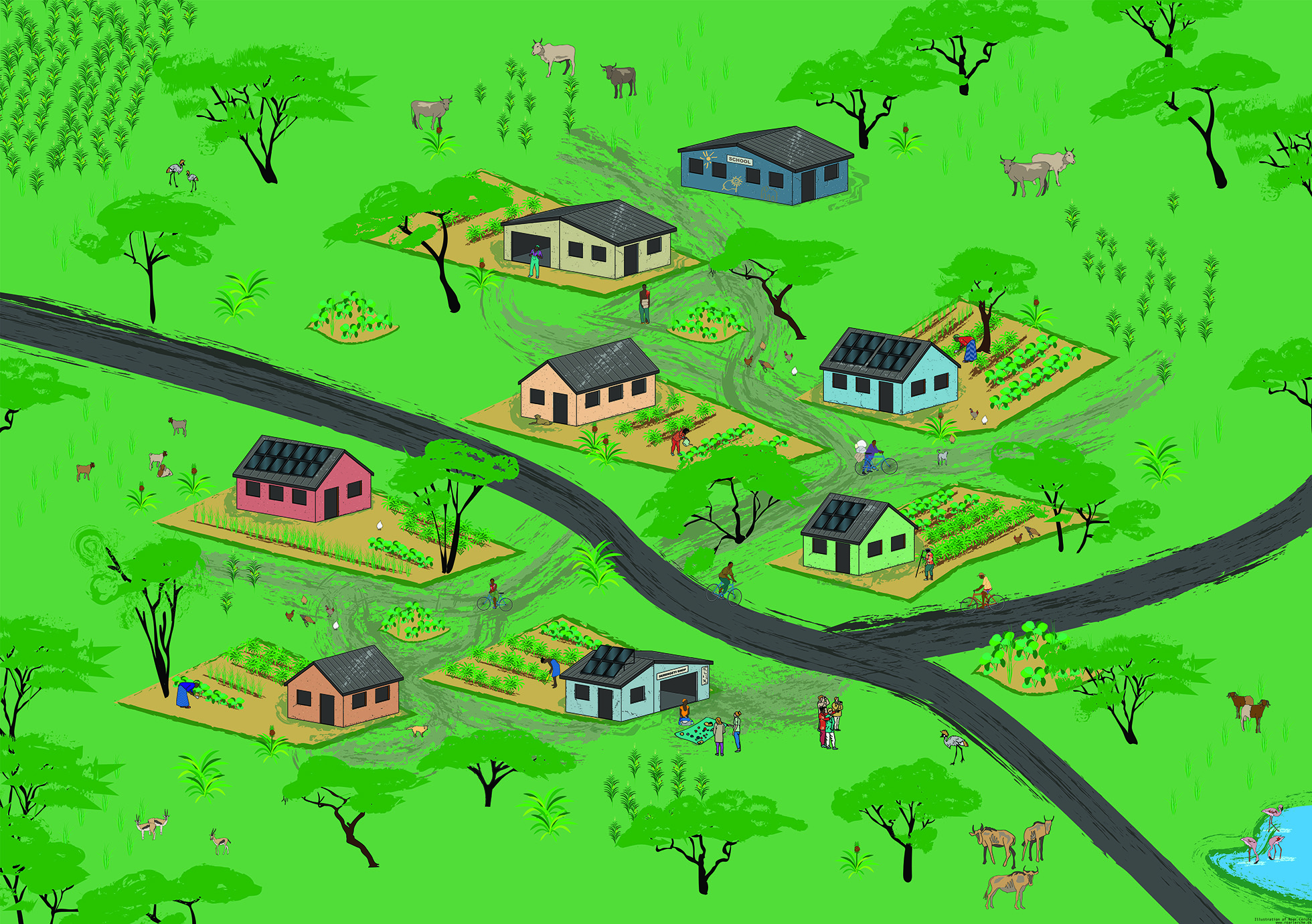 The board game in action

The board game Savanna Life was developed to promote discussing and planning for a sustainable future and is also being used for teaching purposes at NTNU’s Natural Resource Management Program in Trondheim, Norway. The game simulates life in a village in the GSME subject to the increasing population growth, resulting land scarcity and extracting natural resources from the protected areas with the consequences this has in terms of sustainability as well as risks to individuals involved in such activities. Different livelihood options can be chosen in the game and, there are advantages associated with collaboration between players to find sustainable solutions. The players and the team had great fun playing the game and players felt that the game generated many new insights that they could use in real life to improve their livelihoods and simultaneously protect the environment. In the game you for instance roll the dice to determine how many children will be “born” into each household each of the five rounds of the game representing years with different seasons.

The role of the dice functioned to represent population growth and resulting food constraints and always generated excitement among players. Entering the protected area on the game board required choosing a risk card determining whether the player succeeded or was caught by patrols and sanctioned was another feature intensely discussed. To enter protected areas were also discussed because revenue distribution from the park to players depended on wildlife populations remaining and hence required collaboration between players. Interesting overall results from playing these games were that the women were particularly good at collaborating, maintaining household food security and producing fortunate communities whereas the men generally took more chances and accepted higher risks. As a result, women groups mostly won over the male groups when comparing end of game happiness scores. Equally interesting, policy-makers and park managers did not do better than the local communities in the games.

The communities expressed great appreciation about the overall experience. Especially school teachers saw potential in such methods teaching pupils and requested such posters and games. Although we at that stage did not have the means to distribute posters and games we believe that our approach has spread new thoughts about sustainable livelihood development among the more than 170 people we met during our trips in Tanzania and Kenya. 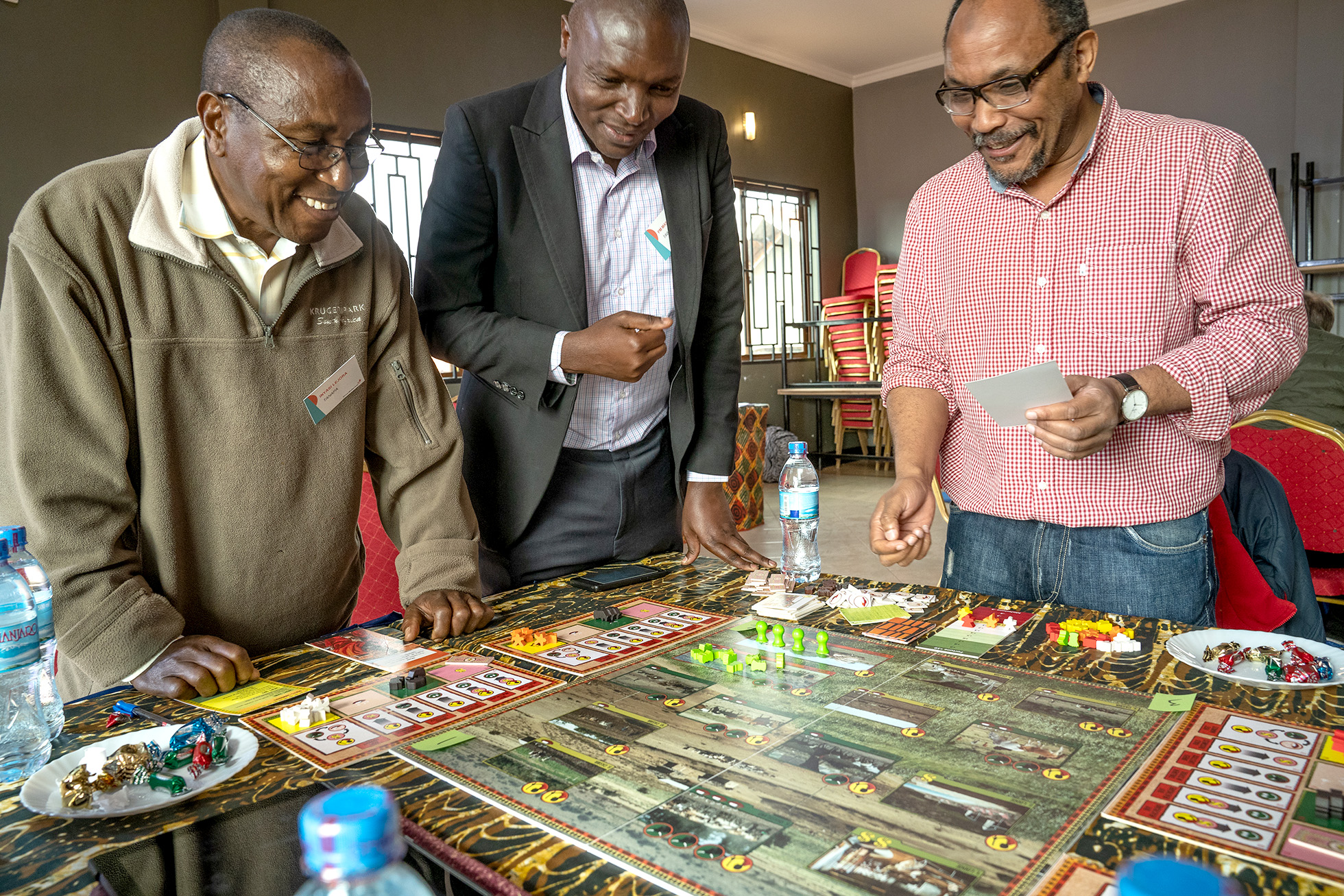 Developing the game for further use and new contexts

Based on the experience playing the game with local stakeholders, the game has been given a new design and extended so that it now can be played in four different ways aiming to match the future scenarios. This way, the game can be played in differing contexts and with different constraints including degraded environment, globalisation, relying on tourism or local sustainable development. The project plans to return to Tanzania and Kenya to present the results of the project and distribute games to involved district headquarters and to key persons that will use this to facilitate discussion and engender change for sustainable future development. The project will furthermore work on the game being included in the education of protected area management as well as relevant district staff.

More info about this process can be found on Savanna Life – www.savannalife.no