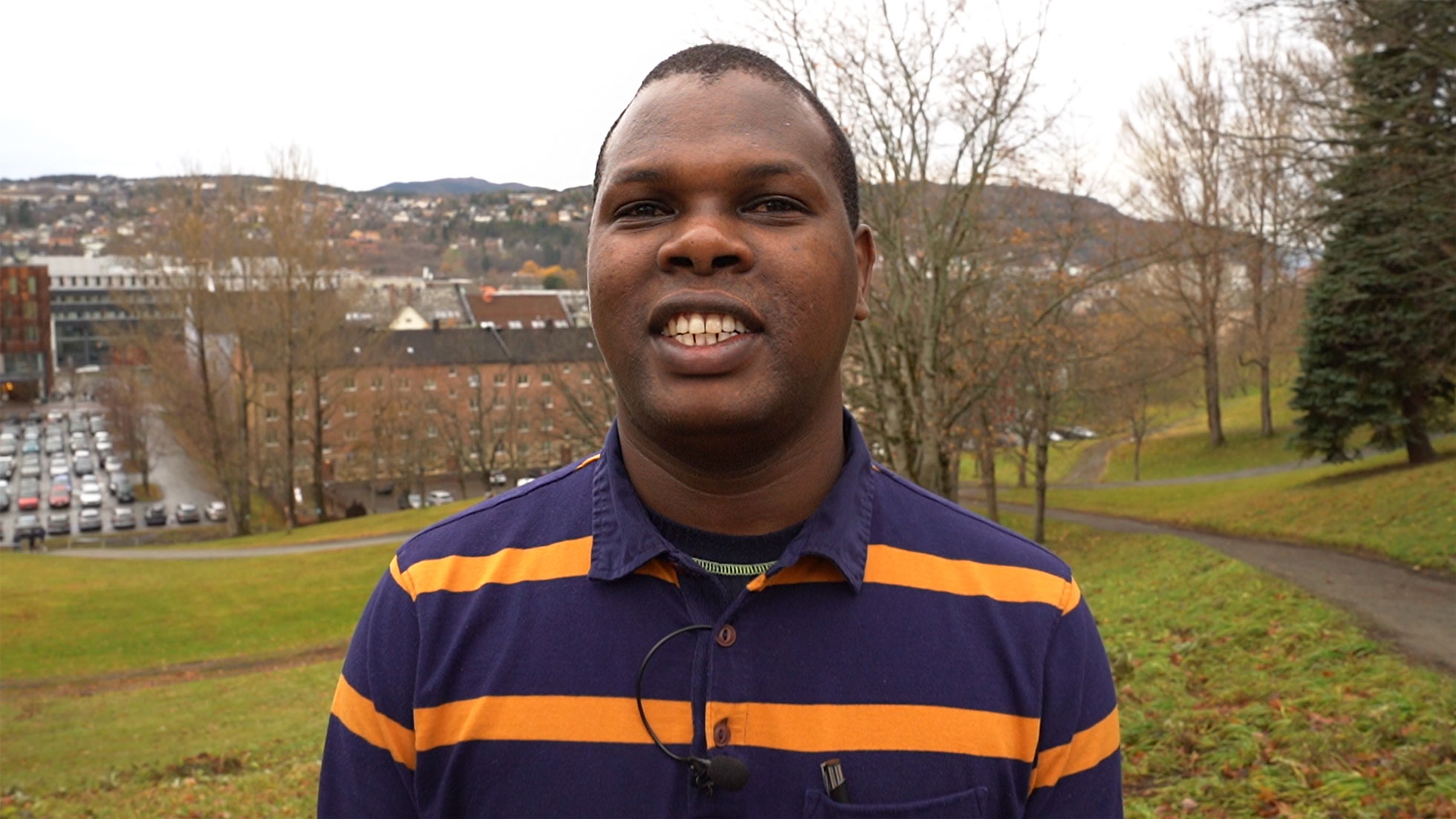 Kwaslema Malle Hariohay defends his doctoral thesis on human-wildlife interactions in the Ruaha-Rungwa Ecosystem in Tanzania on June 6 at NTNU. Photo: Per Harald Olsen /NTNU.

Human wildlife interactions pose challenges for humans living around wildlife protection areas. At the same time, they affect wildlife negatively, undermining conservation efforts. Kwaslema Malle Hariohay has studied human-wildlife interactions in the Ruaha-Rungwa Ecosystem in Tanzania as part of his doctoral work at NTNU. At June 6 he will defend his thesis.

Hariohay and his colleagues found that there were more incidences of livestock depredation and crop damage close to protected area.

He identified that maize crops were the food crops most frequently raided by wild animals in this area, and that the African elephant was responsible for more than 96% of crop losses. The crop damage caused by elephants increased considerably with less distance from the reserve boundary, with farmers living close to the borders of the protected area reporting crop damage much more frequently than farmers living further away from the boundary.

The most important factor influencing people’s attitudes towards wildlife conservation in the area was distance between the reserve boundary and the farming area. In more distant villages, people were more likely to support the conservation of wildlife than those residing in the closest villages.

Large carnivores caused an average loss of 1.9 animals per household per year, and spotted hyenas, lions and leopards were the animals that were most often reported. Hariohay found that the most contributing factor was distance to the protected area, with most reports of livestock depredation from the villages closest to the game reserve.

Hariohay also assessed the impacts of trophy hunting on in the Ruaha-Rungwa Ecosystem. He compared the behaviours of the impala and the greater kudu in hunted populations of the Rungwa Game Reserve and in non-hunted populations of Ruaha National Park, and found that trophy hunting made the animals more vigilant, by increasing flight initiation distance and decreasing group sizes and calf ratios.

Mitigation measures to ease the human-wildlife conflicts, like noise creation, planting of aversive crops like chili and beehive establishment around farm boundaries, have not been effective. To ensure the continued coexistence of wildlife and people in the study area, Harioray and colleagues recommend providing conservation education on appropriate mitigation measures for controlling crop and livestock losses. Further, they recommend farmers to avoid farming in areas close to the protection area, as crop farms positioned close to the boundaries of protection areas tend to be the most heavily affected. Land use planning, strengthening law enforcement and development of entrepreneurship skills to enhance employment is also recommended.

Prescribed subject: Estimating the likelihood and impacts of poaching on wildlife populations